by The Eccentronic Research Council 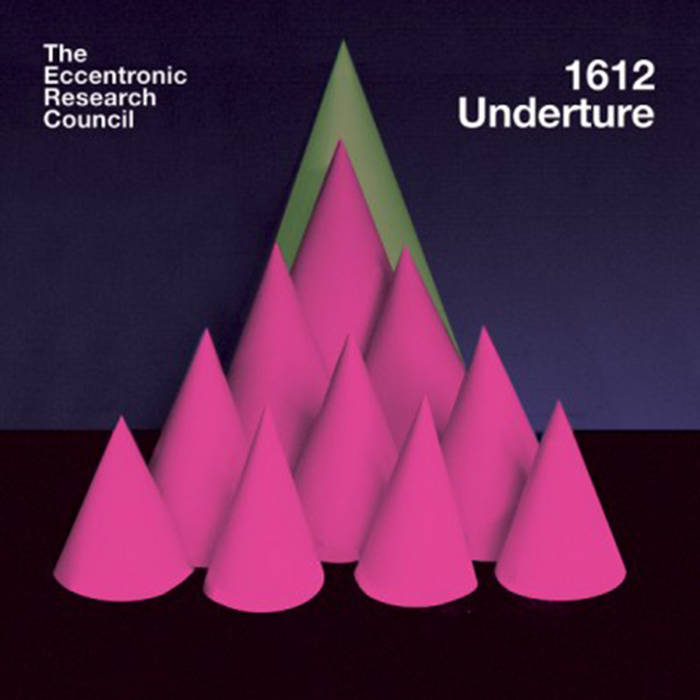 1612 Underture is a 12 chapter sound poem based of the mistreatment and memory of the Pendle Witches who were executed in Lancashire, England, on 20 August 1612; Elizabeth Device, James Device, Alizon Device, Anne Whittle (aka Chattox), Anne Redferne. Jane Bulcock, John Bulcock, Alice Nutter, Katherine Hewitt and Jennet Preston, as well as the accused Alice Grey and Elizabeth Southerns (aka Old Demdike) who died while awaiting trial.

Although the nucleus of the project is based on historical events, The Eccentronric Research Council identify an uncanny relevance to our current political and social climate – perhaps things haven’t changed so much in 400 years. To illustrate, this the album’s dialogue bounces between an unspecified contemporary time zone and the events leading up to August 1612, contrasting fictional/factional occurrences around various Pendle Witches whilst being routed by a modern day travelogue to Pendle as seen through the eyes of a Catholic nun and priest. On our journey we encounter 1960s feminist poetry, mythical news stories, a synthesiser folk duet and the raising of a dead witch via a ouija board to curse all that is bad about the Jubilee Year. It’s a concept record.

Exactly 400 years since the trials and execution of the 12 women now known as The Pendle Witches, a purpose assembled collective of artists, sound designers, experimental pop performers, writers, poets (and one actress) pay homage to the legendary Lancastrian sisterhood.

One part political commentary and feminist manifesto and two parts theatrical fakeloric sound poem, the 1612 Underture is a sonic mass of multi-disciplined creative reactions, both rehearsed and improvised, built around a skeleton narrative of semi-fictional and symbolic events involving a modern day pilgrimage to Pendle Hill to explore the misconceptions that led to what is now considered to be one of the most disastrous, prejudiced and oft mythologised miscarriages of justice in the history of the pre-industrialised north.

The collaborative reactions of Adrian Flanagan, Maxine Peake and Dean Honer (under the umbrella moniker The Eccentronic Research Council) take their collective experiences in theatre, music technology, television, pop cultural archiving and radio to reimagine a time and place, baron of authority and religious faith, where the unified working classes and alternative thinkers are mocked and persecuted at the hands of a flawed and paranoid government and monarchy. As The Eccentronic Research Council recognise; “Socially and politically things haven’t changed so much in 400 years, people are poor again and have to do bad things too eat, individuals who don’t fit in are still beaten down with bats, and there are hypothetical witch hunts all around us.”

Stylistically The ERC opt for a vast array of mechanical music machines and synthesised effects to create this conceptual non-populist pop using analogue and acoustic equipment alongside tape manipulation, vocalisations and spoken word, remaining faithful to a pre-digital and unpredictable era taking cues from Mort Garson, Suzanne Ciani, Sorel Hayes, Joe Meek, Daphne Oram, JP Massiera and Delia Derbyshire amongst others. Conceived with the same ambitions and goals of an electronic Smithsonian Folkways record, the 1612 Underture is a concept album that aims to reevaluate and positively recontextualise an important historical and cultural feminine incident, but also hopes to encourage listeners to rethink how they process modern folk and popular music 400 years after the events in the eye of this project’s unique subject matter.