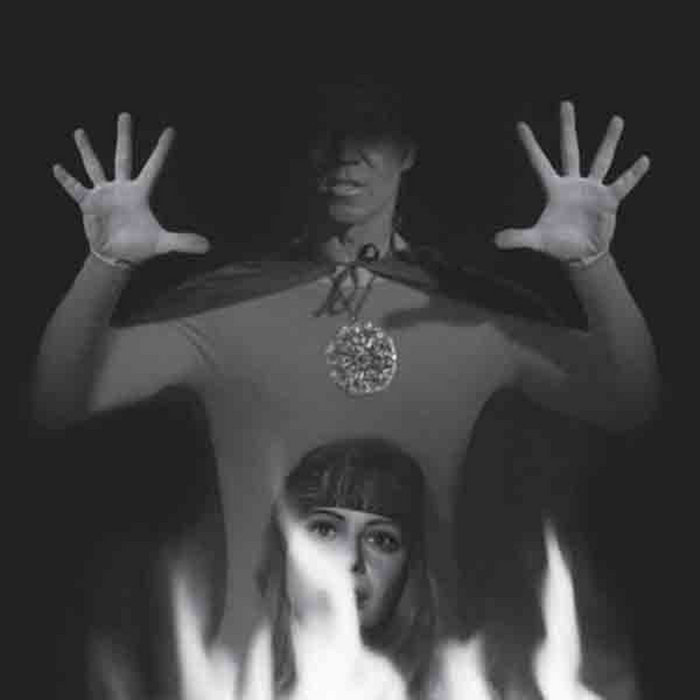 For the final chapter of the Finders Kreepers 7″ series of bygone supernatural psychedelic cinema scores we combine a true universal classic with a very deep underground gem for this unlikely pairing of witchcraft films from entirely different cinematic perspectives.

Taken from a South American only 7″ EP dedicated solely to the nightclub music of The Brothers Candoli in Richard Quine’s Bell Book And Candle, the tongue-in-cheek cat magic theme on the a-side of this release combines whirring electric pianos and muted horns to provide a classic kitsch-witch freaky tiki theme complete with purrs, meows and magical spells sharing the same dark comedic approach to the looming domestication of witchcraft shared in haxan classics like Rosemary’s baby and Virgin Witch as wellas comedies like Bewitched and Saxana.

The final side to this ten-part series finally sees the obscure ritualistic funk soundtrack to Renato Polselli’s Reincarnation Of Isobel available on vinyl for the first time since its ultra rare 1973 release (under a different name) on a small Italian imprint. Composed by library music stalwart Gianfranco Reverberi for a film that also goes by the name of Rites, Black Magic and Secret Orgies In The Fourteenth Century, the bizarre feature-length score does little to authenticate the stylistic vintage of the films plot and brings psych rock, synth and sound effects to the proceedings bequeathing gems such as this impending bass and percussion driven title sequence. Complete with explicit feminine vocalisations and sedated Euro mock afro rock textures this rare theme for the X-rated 1970s take on the 1922 Benjamin Christensen film Haxan does its best to provide a musical backdrop for a film that combines witchcraft, vampires and zombies combining all the key fantasy figures found in the Finders Kreepers series for an ultimate deep groove crescendo.