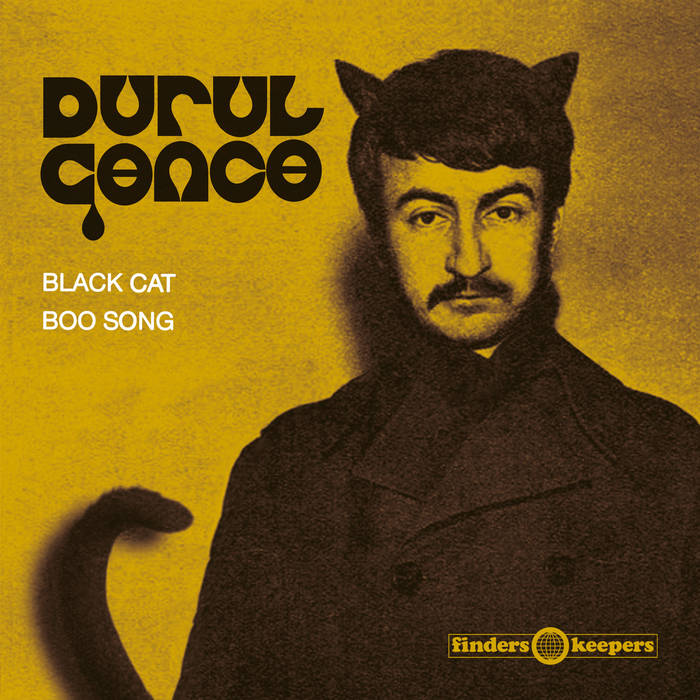 All Glory To The Hypnotoad

Having forged a celebrity status as one of Turkey’s premier percussionists and bandleaders, Durul Gence assembled the underground fusion group known as Asia Minor Mission (AMM) in early 1972 (with İrfan Sumer, Oğuz Durukan and Uğur Dikmen) while trying to escape the constant daze of paparazzi camera flashes that followed him across Turkey. During a far-fetched post-gig brainstorm the group pondered relocating to Norway (based on fact that none of them had ever visited the country) when a local seaman who claimed to have recording studio connections in Oslo overheard them. Enlisting the roadie services of a streetwise Istanbul taxi driver friend on the run from the police AMM took the plunge, accepting the sailor’s offer of passage on his next sailing.

In these new idyllic surroundings, the same region that played host to fellow Turkish percussionist Okay Temiz, Durul found the peace he desired discovering a muse in Norway's welcoming creative climate.  Much like Barış Manço and Moğollar in France, Cem Karaca and Gökçen Kaynatan in Germany, Gence's relationship with Norway rekindled a passion for composition in ways he couldn’t have imagined in his homeland, opening doors thought previously unreachable. As a potential prodigal son for Anadolu pop Durul joined a wider pop-cultural diaspora alongside electronic pioneer Ilhan Mimaroglu, Tülay German (aka Tuly Sand) Kardaşlar's "Alex" Wiska (collaborator with Krautrockers Can) and Maffy Falay from the band Sevda.

Despite a blooming fan base and original repertoire the Nordic dream was not to be and after two years without a studio session, AMM called it quits during a tour of Holland after which Durukan and Dikmen went home to join Cem Karaca's band Dervişan - Dikmen's keyboards feature on Finders Keepers releases by Turkish singer Selda (FKR011). Retreating to the city of Delft to ponder his next move, Durul met Peter Tetteroo, former vocalist from successful Dutch psych-pop combo Tee-Set, who also found himself in a lonely boat after the demise of his long-running group.  As an AMM fan, Tetteroo suggested they record two Gence penned AMM demos for Dutch Philips signed exotic songbird Sasi Naz at Peter's home studio.  A session was hastily arranged and a talented, yet unconfirmed, guitarist was enlisted. Durul maintains it was the work of Ferry Lever from Tee-Set/After Tea, something Ferry has denied, and with Tetteroo having died in 2002 the question remains. Upon entering the humble studio Durul stumbled upon a skeletal drum kit. Lacking hi-hat, toms or even a snare he cobbled together a bongo and a tambourine and set to work.  Together, under the watchful eye of Tetteroo, the pair jammed stripped back versions of the AMM live staples Black Cat and Boo Song, with an added freak factor otherwise missing from their jazzier approach. Laid down in just 30 minutes, with Gence's accomplished guide vocals and fuzzy overdubs, the rudimentary but professional recordings never made it to Philips execs and the tapes returned to Turkey under Durul's arm as one of only two documented AMM recordings (the other being a live performance in Oslo’s Hennie-Onstad Art Centre in May 1973).

Unintended for commercial release, curiouser and curiouser, Finders Keepers proudly present these previously unheard tracks sourced directly from original tapes, which stand as a testament to the inimitable talent of Gence and the only studio document of the mythical AMM Turk jazz funk troubadours, representing a pop-psych Hollandaise holiday postcard which has taken five decades to be delivered. 45 revolutions later... The cat's got the cream.