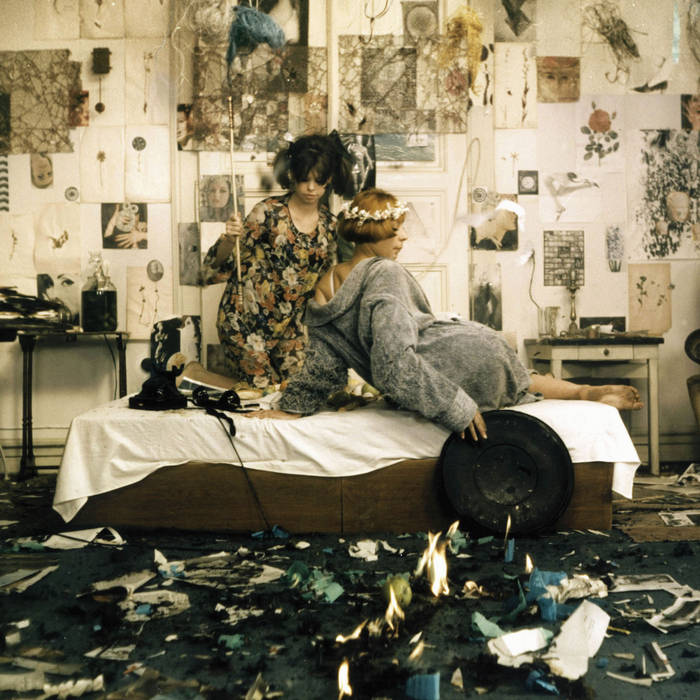 Back in the latter half of the 1960’s the burgeoning idiosyncratic group of alternative filmmakers coming out of (then) Czechoslovakia known as the Czech New Wave were taking art house cinemas in Western Europe and America by storm. The hour long films that came out of the infamous Barrandov production house played a competitive rival to that of the French and Italian New Waves with their very own immaculate and spellbinding takes on cinema verité, film noir, surrealism and cinema concrète. But after the Soviet Union invaded Czech in August 1968 the clampdown on non-conformist creative arts saw over seventy films either banned or withdrawn from production in a mass culling of film reels until 1970.

It is not until recent years that the genre has become widely recognised as a veritable and virtually untapped source of inspiration for fans of experimental cinema, psychedelic cinematography, baroque costumes and scenery, music and graphic design.

Daisies pulls together what you might call the ‘Holy Trinity’ of the Czech New Wave - director Vera Chytilová, costume and set designer Esther Krumbachová, and cinematographer Jaroslav Kucera - arguably the three most forward thinking and truly experiMENTAL minds in the whole of the CNW collective.

Witness Les Petites Margeurites (original French theatrical title) as they mischievously flutter through Prague’s finest restaurants accompanying middle-aged men on flamboyant double dates in gastronomic ménage à trois - “If the world spoils itself, then we shall be spoiled as well” decide the two bikini clad button-cute Maries in the films opening scenes.

The radical and experimental nature of Daisies is further enhanced by its erratic score which consists of the juxtaposition of various non-melodic elements and sound effects, laden with a broad palette of samples and snippets of choral and classical vintage recordings spliced with concréte effects, traditional brass band music, Disney style exotica, Charleston dance standards and token 60’s beat tracks.

Originally prepared for public consumption by Finders Keepers in 2007 and available once again this immaculate release was taken from the original reels and compiled in close accordance to the original storyline and comes complete with unseen archive images, original international poster designs and new and extensive sleevenotes. As part of our 15th birthday celebratory retrospective represses this iconic release will be available on both black and strictly limited white with yellow yolk vinyl editions.