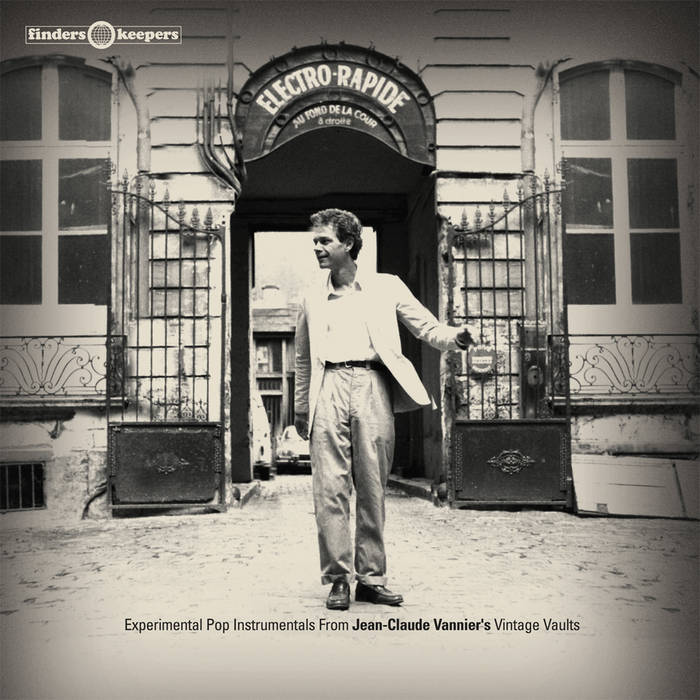 To mark Finders Keepers Record’s 50th release label heads Andy Votel and Doug Shipton return to where it all began in 2005 with a long overdue return to Jean-Claude Vannier’s vaults!

Electro Rapide is a collection of rare and unreleased archive material from the studio archives of legendary French orchestral pop composer Jean-Claude Vannier. Taken from the period before and during his revered creative relationship with Serge Gainsbourg (reaching their halcyon with 1971’s Histoire De Melody Nelson) these tracks reveal a rare glimpse of Vannier’s self-initiated instrumental projects that were crowbarred between an airtight studio diary as one of France’s most in demand arrangers and composers of the post Mai-68 generation.

Alongside a handful of his contemporaries and collaborators such as Michel Colombier, Serge Gainsbourg, François de Roubaix, Brigitte Fontaine, Claude Nougaro and Gerard Manset, composer and orchestral arranger Jean-Claude Vannier is globally recognised as one of the key exponents of the Gallic pop cognoscenti to make the significant change from 60s yé-yé to the brooding conceptual pop which defined the following decade. His own masterworks, Histoire De Melody Nelson and L’Enfant Assassin Des Mouches (both of which benefited from the poetic prose of Serge Gainsbourg), are two such productions that continue to inspire and challenge popular music as long as five decades since they were first released to moderate audiences in the early 1970s.

Electro Rapide is a collection of similarly underexposed instrumental works that combine a mixture of Jean Claude Vannier’s familiar trademark motifs and stylings from his coveted work for idiosyncratic French pop vocalists (such as Fontaine, Nougaro, Leonie and Anna St. Clair) with the seldom heard experimental music for ballets, fashion shows as well as his infamous film music (such as the soundtracks for Cannabis and La Horse).