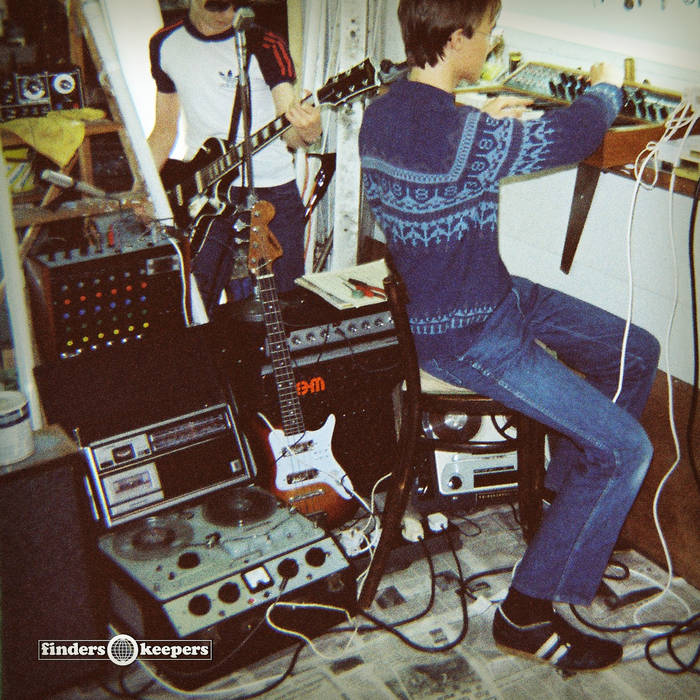 Known amongst a small group of teenage friends as T.R.A.S.E. (Tape
Recorder And Synthesiser Ensemble) this previously unearthed and fully formed electronic music project was spearheaded by a 16-year-old schoolboy as an extension of his woodwork, metalwork and science classes in 1981.

Composed and recorded using a self-made synth, audio mixer and electronic percussion units T.R.A.S.E would bridge the gap between a love for sci-fi horror soundtracks, Gary Numan b-sides and an extra curricular hobby as a sound and lighting designer for school plays - bequeathing a backstory as unique and unfathomable as the individualistic sonic results that he would finally commit to C90. Having successfully recorded his only solo album, Electronic Rock (which was never duplicated beyond his own demo copy), this early musical achievement by Andy Popplewell stands up as a rare self-initiated example of embryonic experimental electro pop and genuine outsider music, marking the early domestication of synthesisers and the dawn of electronic home recording studios and the uninhibited results. Unhindered by adult concepts like self-consciousness, popular snobbery, fashion, pride and fear of failure (while funded by paper rounds and odd jobs in his Mancunian community), Andy, armed with the plans to the Chorosynth kit module, an old junk shop piano keyboard and some hand-me-down tools from his recently deceased dad, would fill an exercise book with plans, arrangements and self-penned new wave pop lyrics to fully realise the potential of his one-man synthetic symphony. Reaping the
benefits of his own stencilled circuit boards and soldering iron skills (whilst occasionally enlisting the part time help of his younger brother on guitar) T.R.A.S.E’s homemade technology pop continued to bloom right up until the very cusp of adolescence when careers officers and real life responsibilities saw the end of Andy's reel to reel multitracking which is finally presented here for the first time since it was sung and played. This ambitious cross section of robotic funk and moody soundscape sequences makes instrumental nods to John Carpenter and Kraftwerk next to unpolished vocal drones worthy of a sedated Human League or Joy Divison, all of whom shared radio dial digits amongst Giorgio Moroder, Tubeway Army and The Glitter Band as Popplewell’s clearest unabashed influences.

The T.R.A.S.E tapes, finally unearthed by Finders Keepers, show the full extent of the projects repertoire before the "group's" final hiatus which, for Andy, was followed by a working education in London under BBC employment as a trainee radio engineer (not far from the closed door of the Radiophonic Workshop) which has since led to a widespread reputation as one of the country’s leading independent tape engineers/editors/archivists indiscriminately splicing and baking vintage tapes for anyone in-between Alpha in Brussels and ZTT in London. Having worked with hundreds of reputable studios, pop stars and media companies throughout his career Andy claims he has rarely been asked about his own musical history in 30 working years, Finders Keepers are glad we Popped that very question.