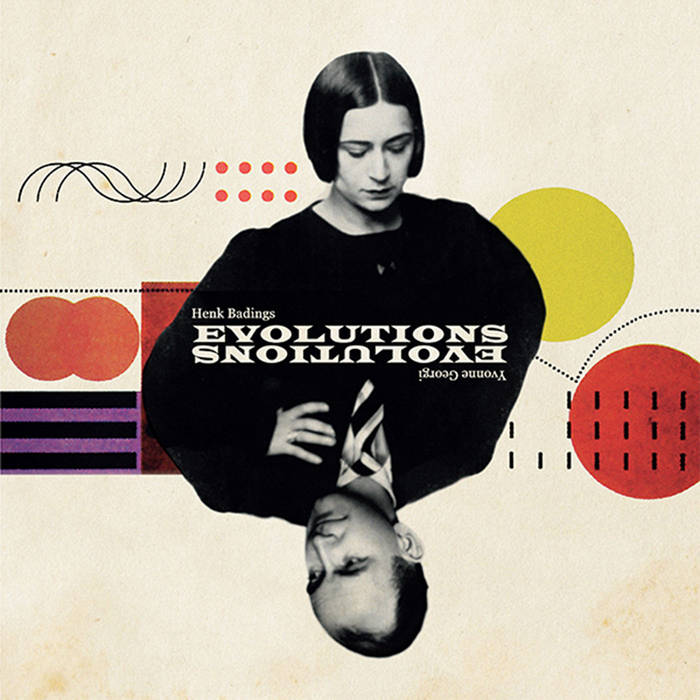 Premiering in Hannover in 1958 then in Rome and Vienna in the following year the ballet Evolutions (Evolutionen) by Yvonne Georgi was the second of three groundbreaking collaborations with Henk Badings (bookended by Cain and Able aka Elektronisches Ballet in 1957 and Die Frau Von Andros in 1960) in which electronic tape music was combined with avant garde choreography, thus contributing to a vibrant global movement which drew a line between experimental dance artists and concrete/electroacoustic musicians such as Alwin Nikolais, Maurice Béjart (with Pierre Henry) and George Balanchine (with Remy Gassman) amongst others. Assisted by fellow Dutch electronic music pioneer and Philips sound laboratory technician Dick Raaijmakers (aka Kid Baltan), Badings, an Indonesian born musician of Dutch parents, would by the late 50s begin to expand his successful career as a composer of “roman- tic modernism” and develop electronic, polytonal and microtonal music which instantly attracted ballet mistress Georgi to his unique brand of musique con- crète. As a key exponent of forward-thinking and conceptual dance, Georgi devised a narrative based on the evolution of technology and is agonising effects on mankind.

Garnering mixed opinions amongst the classical ballet cognoscenti in 1959, the projects of Georgi and Badings were viewed as a part concert/part instal- lation due to the radical sonic shifts and the physical deployment of large elec- tronic speakers to replace the otherwise acoustic orchestral accompaniment. Utilising the entire apparatus of the studio at Philips’ physics laboratory in Eindhoven before committing to master tapes, Evolutions not only stretched the perceptions of modern ballet aficionados but also stretched the technical boundaries of electronic music at one of its most exciting and vibrant junctures in musical history.