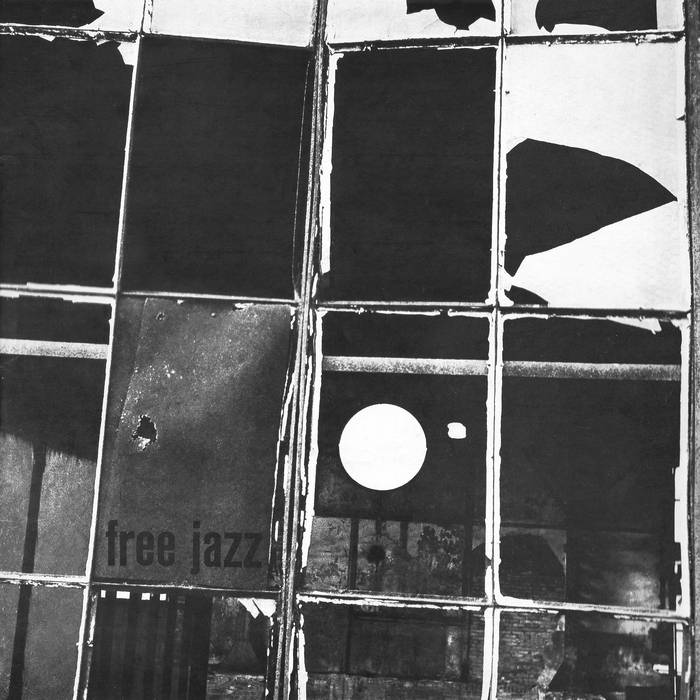 an ugly dog or perhaps a chupacabra

As Finders Keepers disobedient little-sister-label reaches her 20th (release) anniversaries Cacophonic Records are proud to present a record that will not only leave rare record collectors salivating but will open ambitious ears to a truly pioneering album from the seldom celebrated and individualistic micro-genre that is French free Jazz. Comprising some of the earliest uninhibited performances from key musicians behind records by Serge Gainsbourg, Jef Gilson, Triangle, Don Cherry, Barbara and countless other groundbreaking European jazz records and freakish films, this LP captures the birth of an exciting movement that would soon earn its Parisian birthplace as the go-to European spiritual home of improvised and avant-garde music. Spearheaded by polymath pianist and composer François Tusques this 1965 French LP coined the phrase "free jazz" before the American genre of the same name had fully taken shape and packed its suitcase; laying the foundations (alongside Jef Gilson's Enfin!) for a unique satellite brand of jazz that would later provide visiting afro American avant-gardeners with a vibrant Parisian platform. Having recorded a very rare single in celebration of the architect Le Corbusier in late 1964 Tusques was lucky enough to play live with Don Cherry (a key player on Ornette Coleman's 1961 Free Jazz LP) thus planting a pedigreed seed for this vibrant cultivar.

With this record we not only hear the unique differences within the Gallic approach to the art form (combining masterful sombre cinematic changes with aerated free-form percussion and erratic reed and brass) but we also get to witness the early lesser savoured secret ingredients that would carry France's mainstream pop culture into truly uncharted and unrivalled territories throughout the following decades. Best known to faithful Finders Keepers fans as the soundtrack composer to the horrortica films of Jean Rollin, Tusques is joined here by sax and flute player Francois Jeanneau, who's electronic jazz album Such A Weird Plane" would later lead to his own band Triangle gaining recognition as France's leading French language prig-jazz-rock act. Featuring three players from the aforementioned Enfin! LP by French jazz pioneer and producer Jef Gilson, Free Jazz combines the skills of Jeanneau, with clarinet player Michel Portal (Gainsbourg Percussions/Claude Nougaro) and trumpeter Bernard Vitet (whose avant-garde appearances on the Futura label are indispensable). In addition to this, Free Jazz also boasts the inclusion of Tusques' sidekick and double bass master Bernard "Beb" Guérin (of Sonny Sharrock Monkey-Pockie-Boo infamy) who had also appeared on the earlier Don Cherry/Le Corbusier recording providing further kudos to this LPs historical importance.

It is by no coincidence that this carefully selected ensemble would around this time become enlisted as the backing group for politically driven singer-songwriter Colette Magny (an action which would arguably later influence Brigitte Fontaine's choice to adopt The Art Ensemble Of Chicago as her backing band after the Actuel records Pan-African Jazz festival and record series). The fact that Colette Magny would provide the art direction for this very LP is a cute small-print signifier of this LPs intended manifesto status. This album also captures a rare glimpse of percussionist Charles Saudrais in free-form mode after his departure from the Barney WIlen Quartet (Moshi) - an inclusion that would surely galvanise the relationship between WIlen and Tusques resulting in the follow-up record Nouveau Jazz for actor Marcel Mouloudji's privately funded Disques Mouloudji label (on which both rare LPs were originally pressed).

Presented here on vinyl for the first time since its original ultra rare micro-press (original copies now fetching upwards of 1000 euros) the Cacophonic release is taken directly from François Tusques very own master-tape archive, allowing Finders Keepers access to two rare original out-takes which did not appear on the original LP. With a characteristic keen eye for detail Cacophonic are delighted to present this LP in authentic packaging complete with external seams and a facsimile of the original Tusques-penned booklet, which, after 52 years, still evades the most fastidious collectors trying to unite mint copies with this oft estranged pictorial pamphlet. This glimpse into a seldom documented underground of a domestic, revolutionary, uncompromised spiritual art-form successfully reveals the other-side of abstracted French music which alongside musique concrète, protest pop, symphonic rock and Zeuhl-skool electronic prog created a homegrown, self-contained music industry that went on to influence a universe of Gallic magnetic inspiration. "This is free jazz, Jim; but not as we know it."