Gerry And The Holograms

by Gerry & The Holograms 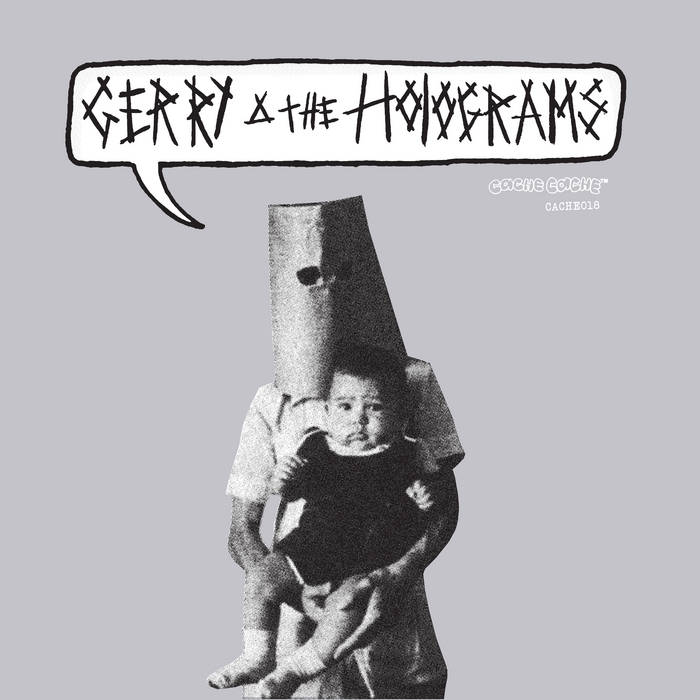 Well–documented as one of Frank Zappa’s favourite ever groups and instantly recognisable as the BLUEprint of 80’s Mancunian electro pop, the inflated alter–egos of Gerry & The Holograms (and their unrivalled brand of conceptual sarcastic synth pop) successfully remodelled, ridiculed and redefined plugged–in punk before hitting the self–destruct button and burying the evidence under a pile of hand–mutilated microgrooves for over 35 wet summers.

Having risen from the electronic embers of Manchester’s first genuine psychedelic band, via Vertigo commissioned prog and experimental theatre, then refined through the musical mind behind the most inspired vinyl moments of Martin Hannett, John Cooper Clarke and Jilted John – the onliest discography of the GATH anti–band remains unrivalled as the most idiosyncratic and enigmatic pivotal post–punk artefact from the first electronic entrenchment of pop.

A consistent inclusion on record collector want-lists, transcending both decades and musical genres, the first-and-only listenable 2 track record by this masked art-rock studio duo, entitled Meet The Dissidents originally appeared in record racks in 1979, selling-out instantly only to be sequelised by a totally unplayable situationist-inspired follow-up which was glued into its own sleeve destroying the grooves in the process (rivalling that of Peter Saville and Durutti Column’s Debordist sandpaper re-hash by at least 3 years). With a life-span shorter than the hours on their studio bill, the band would find bedfellows amongst other incognito groups like Naffi Sandwich, The Mothmen and Blah Blah Blah within the Absurd Records stable – a daring Mancunian imprint that sat awkwardly between older and younger half-sister labels Rabid and Relentless. With a 11 release library of mostly non-returning faceless atonal electronic punk/DIY industrial bands Absurd would spearhead and pre-empt the subsequent decades of Mancunian independent record labels that followed in the footsteps of the more commercially successful Factory Records (while also drawing comparisons with Spiral Scratch, Test Pressings, Object Music and Throbbing Gristles’ Industrial Records). Despite just one official title to their name however, the true identity behind Gerry And The Holograms would unify those sister-labels and collectively play an important supporting role in Manchester’s independent music history with a story which goes back as far as most rain soaked memories can attempt to forget.