by Gary Sloan And Clone 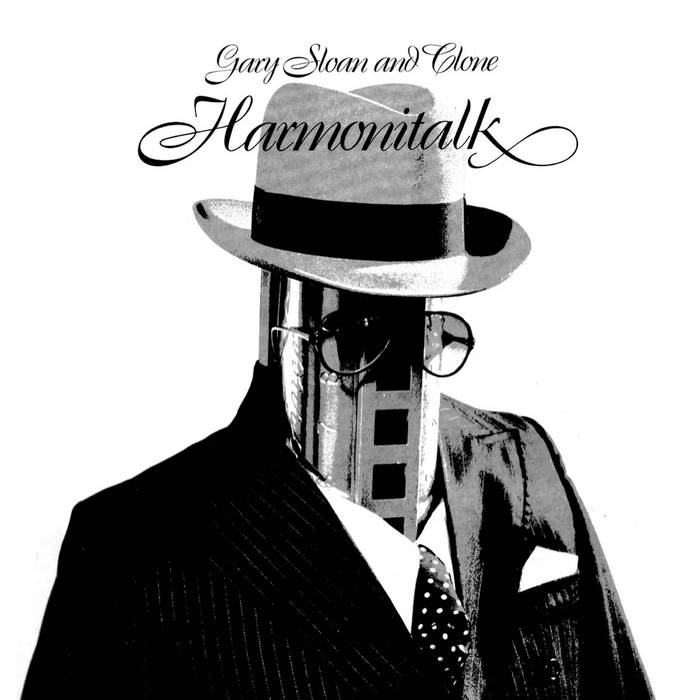 Alaska, 1980. The robotic harmonica and his Clones have landed on glacier planes. Meet mutant commander Gary Sloan – this is the dawn of Harmonitalk! Less than 1000 copies of this privately pressed Alaskan electronic harmonica album by the tight-knit synth trio called Clone actually survived the journey out of their Anchorage base camp, leaving an explosive trail of unidentified synth pop, New Age, low-fi blues, techno, vocoded folk funk and prog rock blazing behind them. See what happens when a homespun innocent blues collective become possessed by the souls of Vangelis, Klaus Schulze and Suzanne Ciani on the frost bitten film set of John Carpenter’s The Thing. Over 30 years later Cache Cache and Finders Keepers Records resurrect Harmonitalk’s original black box and find more lost transmissions in the process.

Originally released as a privately funded 1000 copy vinyl run in 1980 this rare LP by Alaskan electric harmonica player Gary Sloan and his interchangeable synth trio known as Clone is a record that pushes the concept of American outsider music to its furthest geographical limits. With few physical copies travelling beyond their tight Alaskan fan base upon release this mutant album of conflicting mediums and truly forward thinking electronic pop music combines an unlikely mix of synth pop, New Age, low-fi blues, techno, folk funk and prog rock – providing the locale’s sparse vinyl industry with a much needed and veritable document of this collective’s truly unique and open-minded psyche.

With its origins lying a decade earlier in the 1971 release of Sloan’s first privately pressed prog rock electric blues combo, Proof, the transmuted music of Clone stands as a triumphant example of how independent and experimental American music can flourish and evolve outside the restraints and fashionable whims of the major music industry. Taking the true essence of rhythm and blues and applying it, without inhibition, to the most profound mediums available, Sloan’s integration with local synth enthusiasts Paul Alexander and Kurt Riemannn (known internally as The Trio) coupled with a wide range of unfiltered influences (comprising everything between New Age to new wave) lead to what is perhaps one of the most unexpected, improbable and underexposed pop fusion triumphs to emerge out of 1980s North America. Throughout the 70s and 80s, as a pillar of the Anchorage live music scene, Gary provided local musicians (including himself) with welcome platforms via his organised events and radio shows, such as The Import Hour which opened two way doors for regional and international artists resulting in various members of the Proof family collaborating with names such as Harvey Mandell and Klauss Schultze. The ongoing Proof records, limited cassette releases, and the Boogie Til Dawn production company have also played host to a wider community of North American both blues, punk and New Age artists with the same integral free-thinking and progressive policy (some of whom can be heard for the first time guesting on this LP).