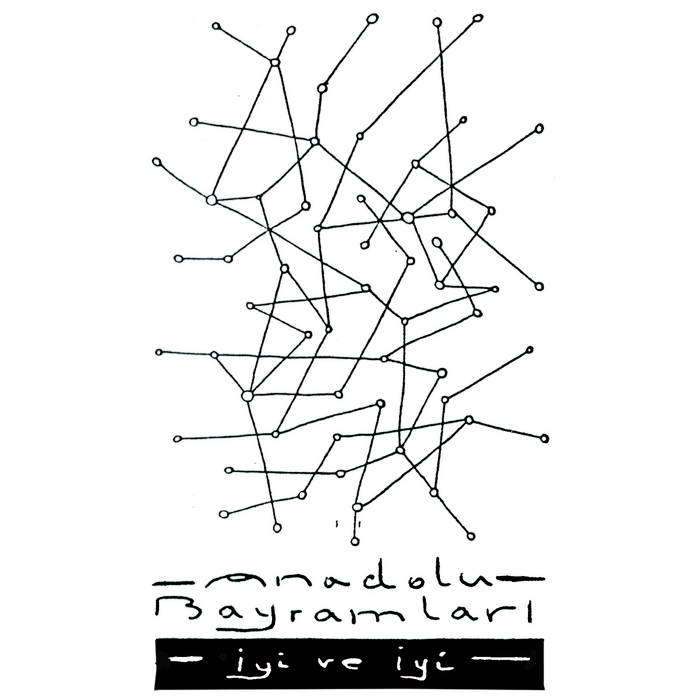 have heart, will listen

What would you do, if a young stranger knocked at your door at night saying: “I want to make music.”

This happened around 1983 in Hildesheim, a town south of Hanover. The young guy, son of a Turkish Father and a Bosnian Mother who both came to Germany in the 1960s as migrant workers, was Orhan Kara, and the person opening the door was Iko Schütte, mastermind of the infamous tape label Pissende Kuh Kassetten (Pissing Cow Cassettes) whose rural punk, ska and avantgarde machinations had already gained supra-regional fame. The house of the peeing cows was situated in the worst ghetto of the city and notorious for its freaks, slackers and substance-testing artists. Next to the entry there was a little shop, a breeding ground for old and upcoming alcoholics who performed their Living Theatre all day long. Orhan knew that he wasn’t knocking on heaven’s door. Still, he was dealt with courtesy and curiosity. It was the pre-social media era, people were generally open-minded, and he was kindly invited in.

It turned out that young Orhan was a big fan of Deutsch-Amerikanische Freundschaft – which wasn’t very common in the Turkish community – and that he had bought a synthesizer and wanted to do something “in that direction”. The house was populated by mice and a bunch of eccentric personalities, among them aforementioned Iko Schütte, underground film maker Wenzel Storch, Hermann Naujoks, professional impostor Olivia Newton-John and Iko’s brother Diet, a multitalented musician who had just enrolled in the new Popular Music course of study at the Hochschule für Musik in Hamburg. His absurdist duo Fade Faxen (Dull Pranks) was probably the only interesting project ever to come out of that redundant course. A lot of the music on Pissende Kuh was known for breaking all existing rules. Tracks were recorded under unorthodox conditions (sometimes headphones served as microphones) incorporating any object within reach that could be banged on.

Shortly after their first encounter, Orhan fetched his synthesizer, a KORG Polysix, and started to visit the odd commune more frequently for musical sessions. Back then, it was normal that people came by, had some (or lots of) beer, jammed around a bit, and then went on to the next adventure. Iko Schütte was all the more surprised, when eventually he received a demo tape labelled Anadolu Bayramları (Anatolian Celebrations). Orhan had recorded it all by himself on a 4-track machine, with a guest appearance on drums by Diet Schütte. Not only was the sound quality of the tape pretty good compared to the usual ping-pong or sound-on-sound techniques at that time but also was the musical style so unique that until today it’s difficult to pigeonhole it. One of the reasons might have been the broad musical background that Orhan gained by borrowing all the records of the school library between 1980 and 1983. Nonetheless, the music of Anadolu Bayramları maintains an enigmatic aura until today. To begin with, all the tracks are sung in Turkish without making use of the typical Eastern scale or expression style. Instead, the songs are presented with a rather shy and shaky voice giving them a melancholic and introvert touch. The music complies with the minimalism of the early 80’s home recording era – a synth line (bass or chords) and a drum computer – but even here, we find deviations from the Zeitgeist. For example, the rhythm of Bir Son Defa anticipates the classical house techno beat of the 90s (without the bass, that is). Sevgilim is a beautiful Schlager composed in major-7 chords that will haunt you at your next slow dance party, whereas Tıtremek ve terlemek hits the dancefloor with a punchy new wave hook line (already introduced on Finders Keepers’ Science Fiction Park BRD compilation).

Curiously enough, the musical format constantly alternates between songs and abstract ambient pieces that encompass the beauty of little crystals circulating on their own orbits. With tracks like Ağrı dağ havası and İyi ve iyi time seems to stand still, while you can see the dust dance in the attic. But the mood is not always poetic. Geliyorlar (They Are Coming) has a much more unsettling undertone.

Back in the times, Orhan Kara sometimes mentioned that he didn’t really know where he and his music belonged to. Neither the Germans nor the Turkish seemed to really understand his electronic music, although his Turkish singing was mostly regarded as a cool novelty. With Anadolu Bayramları he seemed to have created a utopian place detached from all expectations and codes, a unique expression of a cultural crystal travelling on its own orbit.