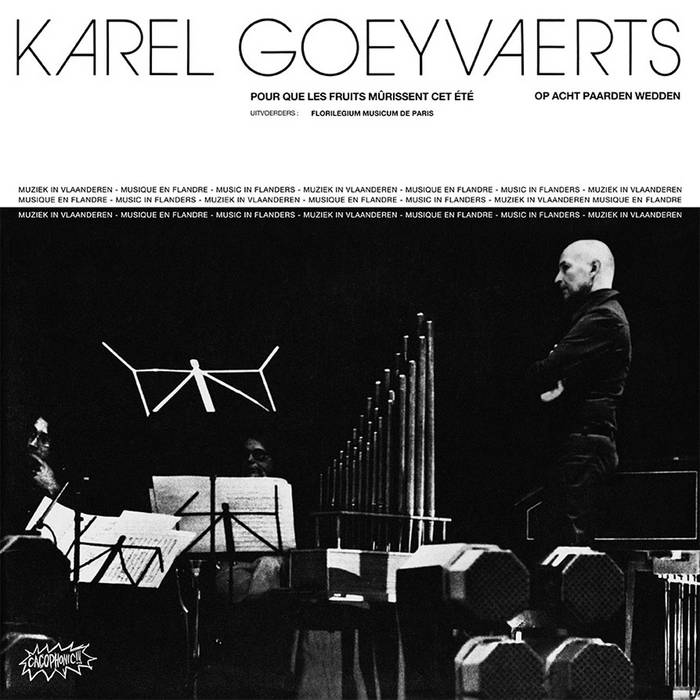 After having received a humanistic education in Antwerp, he took courses at the Lemmens Institute in Malines. From 1943 until 1947 he studied at the Royal Flemish Conservatoire of Antwerp. From 1947 until 1950 he studied composition with Darius Milhaud, music analysis with Olivier Messiaen and was in addition the pupil of Maurice Martenot at the "Conservatoire National" in Paris. In 1949 he was awarded the 2nd Prize for Composition and the Lili Boulanger Prize at the same Conservatoire. He obtained the Halphen Prize in 1950.

During the winter of 1950-51, he wrote the "Sonata for two pianos". Because of its decisive and total stylistic novelty he designated this work as "Composition No 1", thus rejecting all his former work. With this sonata he created a structural synthesis of the dodecaphonic system of Anton Webern and the teachings of Olivier Messiaen and laid the foundations for generalized "punctual" serialism. He demonstrated the application of this technique on the electronic medium in his compositions Nrs. 4, 5 and 7. During the period 1951-1956, he influenced directly through personal con- tact and intensive correspondence the musical creativity of Karlheinz Stockhausen, whom he met during the summer-courses of 1951 in Darmstadt. In 1953, Goeyvaerts and Stockhausen produced the first elec- tronic music in the studio of the NWDR in Cologne.

In 1970 the BRT appointed him as producer at the "Institute of Psychoacoustics and Electronic Music" (IPEM) in Ghent. Since 1974 he is in charge of the New Music productions for BRT-3 in Brussels. Karel Goeyvaerts received several awards, such as the Koopal Prize in 1967 and the Visser-Neerlandia Prize in 1969. He also was given commissions by the BRT, the Festival of Flanders and the NOS (Neder-landse Omroepstichting). His works have been performed in several European countries, in Canada, the United States, Japan and at the festivals of the "International Society for Contemporary Music" (ISCM) Brussels 1950, Oslo 1953, Graz 1972 and Bonn 1977.