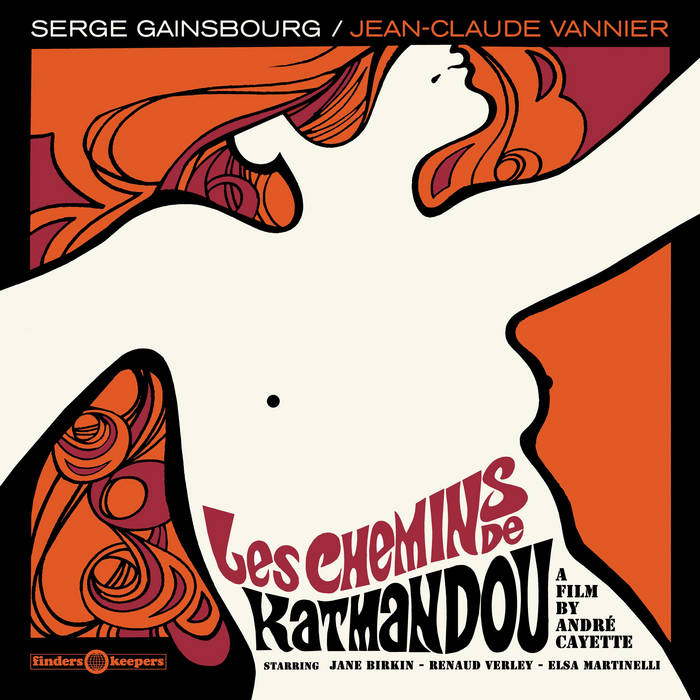 DISCLAIMER: THIS IS FOR THE PHYSICAL VINYL RECORD ONLY, THERE WILL BE NO DIGITAL COPY OF THE ALBUM AVAILABLE.

After decades in the making Finders Keepers Records are proud to present the first-ever pressing of Serge Gainsbourg’s most elusive and coveted soundtrack studio recordings – co-written, arranged and orchestrated by the genius Jean-Claude Vannier (Histoire De Melody Nelson) during what many consider to be the dynamic duo’s most definitive creative period. Believed to have been lost in a studio fire by Gainsbourg enthusiasts for over forty years (a myth that also shrouds Morricone’s lost Danger Diabolik soundtrack) the misplaced master-tapes for the drug-fuelled/Mai 68 cash-in/road-movie Les Chemins De Katmandou have been widely considered the final audio jigsaw piece in an immaculate discography/filmography thus earning this soundtrack bone-fide Holy Grail status amongst the most avid disc detectives. Featuring the original crack team of Paris based players now recognised as French library music royalty, this LP epitomises the inimitable musical direction and expert psychedelic pop musicianship that graced classic Gainsbourg/Vannier soundtracks like La Horse, Cannabis and Sex Shop. Laying the stylistic, future-proof foundations for subsequent decades of forward-thinking Gallic funk mastery. Comprising Vannier’s signature recipe of thick plucked bass lines, close-micced drums, biting Clavinet and Eastern influenced strings and percussion (and a sprinkling of subtle traditional French instrumentation) the soundtrack to Les Chemins De Katmandou (aka The Road To Katmandu or The Pleasure Pit) captures Vannier and Gainsbourg in the first year of their creative partnership capturing their unique embryonic energy.

To pre-order this LP go to www.finderskeepersrecords.com