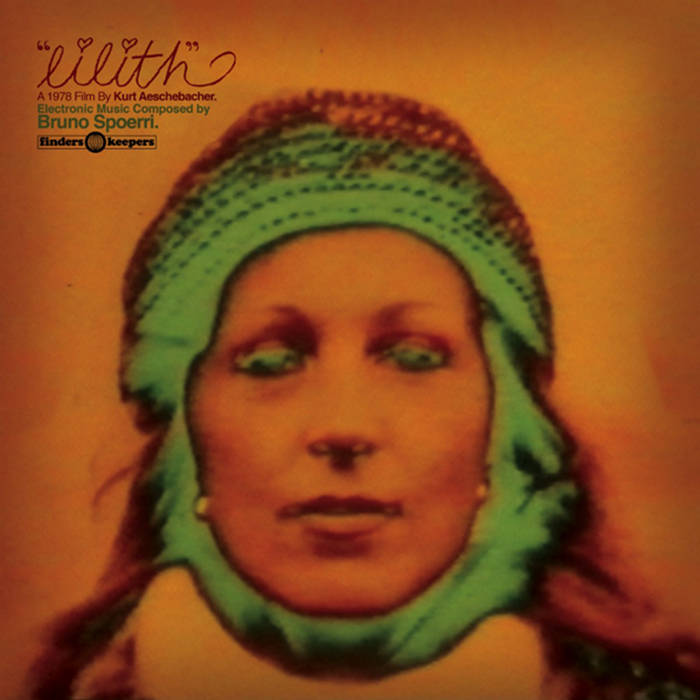 From the innovative Swiss electronic jazz pioneer Bruno Spoerri this archival release delves into a deep vault of commercial and experimental film music revealing the vibrant versatility of the composer in collaboration with two important Swiss directors. Mastered from original studio tapes this compendium comprises an expanded range of instruments and studio techniques placing the artist on either side of his comfort zone parameters. Utilising vocals in both a treated/experimental form as well as in a formal song based capacity this release instantly reveals two new sides to Spoerri’s personality. The two soundtracks also reveal the natural progression of Bruno’s interaction between live bands and jazz musicians working alongside industrial field recordings and concrète tape experiments (previously exemplified in his work for forklift truck manufacturer Lansing Bagnall). Spoerri’s broad palette of electronic instruments is widely utilised within these recordings revealing Bruno’s home studio as one of the early exponents of the Lyricon wind synth and various modular synthesisers developed and re-customised as part of a wider creative relationship with the creators of Buchla and Arp instruments. Both programmes span a decade of commercial work for Swiss and German advertising companies furnishing a unique Swiss culture of tangible vinyl giveaway records which punctuates the artists varied discography alongside a list that includes collaborations with musicians from German Krautrock band Can, legendary progressive jazz/electronic musicians like Klaus Weiss and Joel Vandroogenbroeck, as well as physical visual artists like Betha Sarasin. Presenting the entire previously unreleased score to Kurt Aeschbacher’s experimental film Lilith and a remastered version of the rare vinyl soundtrack to Rolf Lyssy’s comedy Teddy Bär (including an newly excavated non-LP track) this release goes beyond the typical realms of commercial film composition including full-length cues and fully realised electronic tracks which stand up both within and outside of the context of the original, seldom seen celluloid achievements. Enjoy at best with an open mind with eyes open or closed for a wider perspective on this one man music machine.