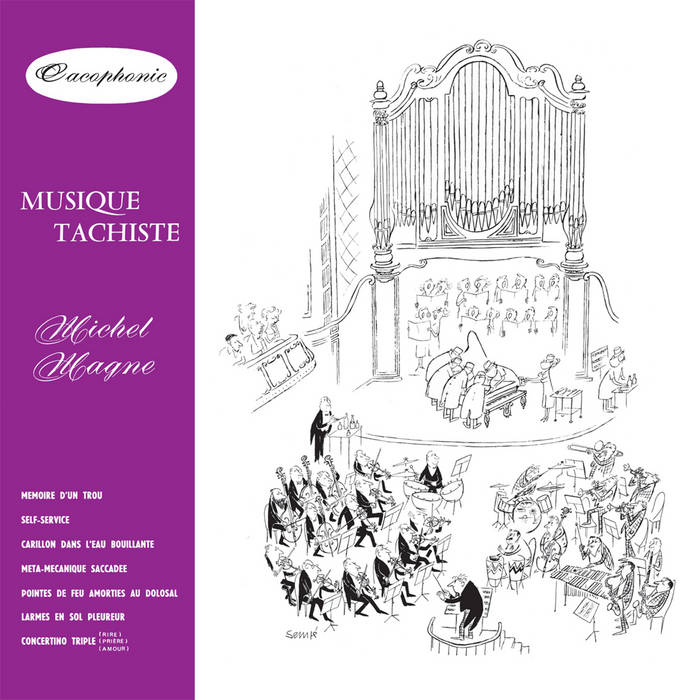 As a dedicated producer of thematic composition, anti-intellectual experimental performance and modern jazz, Magne was also a well- respected pioneer of France’s signature film score sound of the late 60s. Part radical manifesto, part pantomime, his self initiated debut Musique Tashiste was conceived, in part, as a physical humorous reaction to the bourgeoning musique concrète movement by com- bining found sounds and industrial elements with piano jazz along- side imposing avant-garde orchestral elements. Marking a stylistic cross roads where the likes of Egisto Macchi, Harry Partch, Rolf Liebermann, Igor Wakhevitch, overlap work of future collaborators and understudies like Jean-Claude Vannier and Martial Solal this LP is an essential forefather of European conceptual pop made at the start of a career that later furnished France with one of its most important residential studios (Chateau d'Herouville) and a discogra- phy of challenging LPs before his untimely suicide in the early 1980s.
Presented here for the first time since its initial humble pressing in its unabridged entirety complete with its collectable illustrated sleeve art this LP stands as the perfect debut release and musical modus operandi for this new archival imprint.