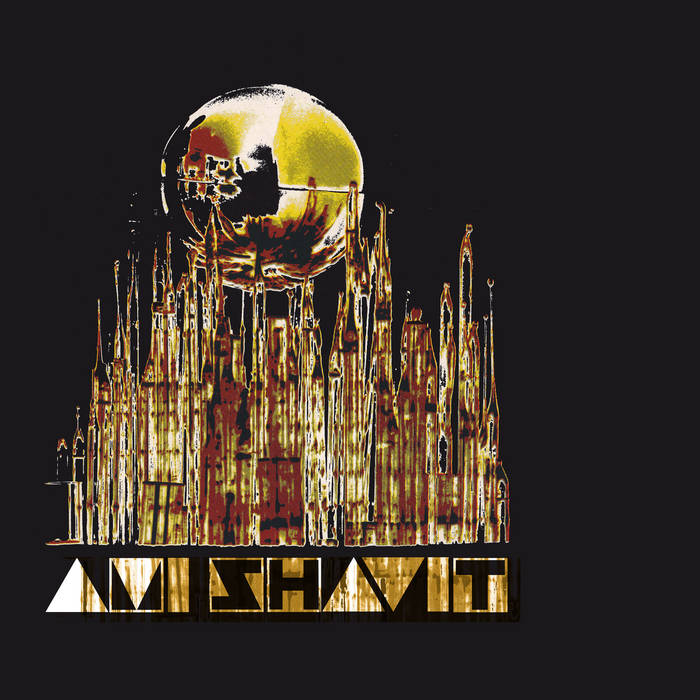 The concept of Alpha Mood is the brainchild of Ami Shavit, a reclusive Israeli multimedia artist with a fascination for philosophy, technology and sound. A personally devised meditative technique, it is the result of a spiritual and artistic exploration to both overcome the psychological trauma experienced as a conscripted medic during the Yom Kippur War and an ambition to push the boundaries of the then fledgling physiological concept of biofeedback whilst utilising the burgeoning domestic synthesiser technology of the late 60s and early 70s.

With an enviable private collection of synthesisrs first started in 1972 during his travels to the US and shipped home to Tel Aviv, as an established kinetic artist, as well as a professor of both philosophy and art, Ami’s main focus was art that involved technology; in particular being able to give something mechanical an emotive angle. As such he sought to combine his love of electronic music acts like Tangerine Dream and Philip Glass and this new synthesiser technology with his interest in the relatively new technique of biofeedback – a process in which technology is used to relay information about the body’s functions enabling a change in physiological activity in order to manipulate them. Combined with his understanding of alpha brainwaves (primarily attributed to a function of the brain that deals with relaxation), Ami embarked on an experiment with what he coined Alpha Mood – a state in which the brain is working in relaxation and in which he used music as a means of helping induce his own meditative state. With practically no formal musical training and working in complete isolation of the Tel Aviv music scene – with the exception of allowing cult prog nearly men Zingale and a handful of close friends to use his private studio – over the course of two years he recorded hours of experimental improvised music, or “sounds” as he prefers to call it.

The fruit of that experimentation came in the form of a single privately pressed LP aptly titled In Alpha Mood. Part outsider electronic album; part physiological experiment; part work of art, it was limited to only 500 copies and distributed exclusively by a longtime friend, agent and owner of a small local record shop in Tel Aviv. Apart from only a handful of Alpha Mood exhibitions in Israel in the mid-70s, five 1/4 inch tapes (including the In Alpha Mood master tape) represent the only remaining artefacts of Ami's experiments - the rest having been either lost, given to friends or simply thrown away.

Undated and unannotated these raw studio recordings provide a rare glimpse of Ami at work in his attempts to perfect his technique and reach the plane of Alpha Mood.