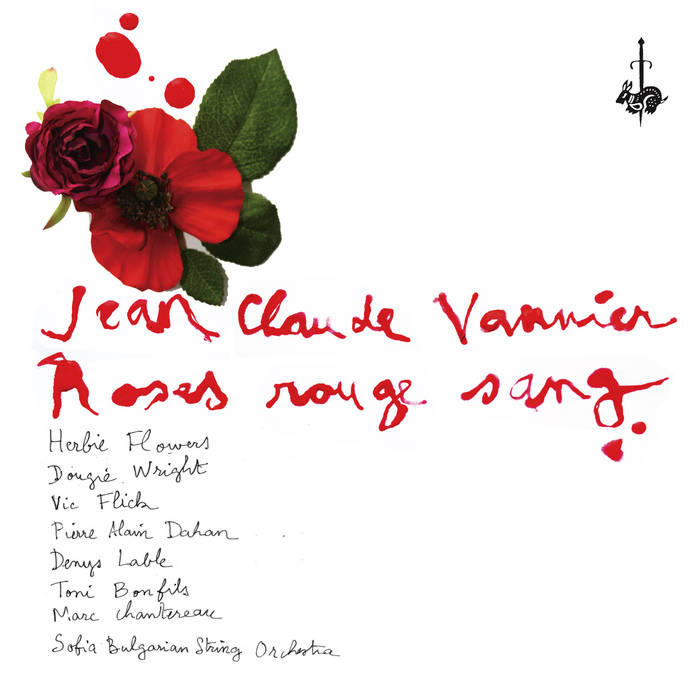 Precisely four decades since the original release of the 1971 LP Histoire De Melody Nelson, Serge Gainsbourg’s most celebrated composer, arranger and composer Jean-Claude Vannier now returns to the same artistic territory that has since come to represent his most iconic period and continually inspire almost five generations of experimental rock luminaries. Respected throughout France as a long running singer-songwriter and experimental composer in his own right it has taken this inclusive forty year period for his music to travel beyond his central European fanbase thanks to a growing community of vinyl archeologists and French pop and conceptual rock enthusiasts who have come to clearly recognise the recurring production credits to JCV as a seal of quality and approval while taking gambles on Parisian picture sleeve pop.

This all new LP comprises a personnel of the legendary European session players that appeared on classic Vannier and Gainsbourg scores such as Cannabis, La Horse, Slogan and Les Chemins de Katmandou as well as Histoire De Melody Nelson itself, and his own mythical follow up LP, the truly bizarre 1973 avant-garde ballet L’Enfant Assassin Des Mouches (which was finally rescued from obscurity in 2005 by Finders Keepers as the label’s debut release). The rhythm section line-up for the album alone reads like a European record collector’s wet dream…

Recorded partly in Paris and partly in the UK (not unlike the classic Gainsbourg LPs) the album Roses Rouge Sang (Blood Red Roses) hears JCV taking care of vocal duties in his own unique style combining the macabre and the optimistic with ingenious world play and expert poetic use of the French language. Flourishing from initial rehearsal sessions for the first-ever live performance of Histoire De Melody Nelson (which was eventually staged by Finders Keepers at the Barbican Theatre in London in 2006) Roses Rouge Sang captures the authentic line-up just weeks after their initial reunion.

With Roses Rouge Sang JCV combines a lifetime of experience working with some of the best orchestras and pop rhythm sections in throughout the world with a return to his roots and his initial, radical ideas on how contemporary music could combine the two.