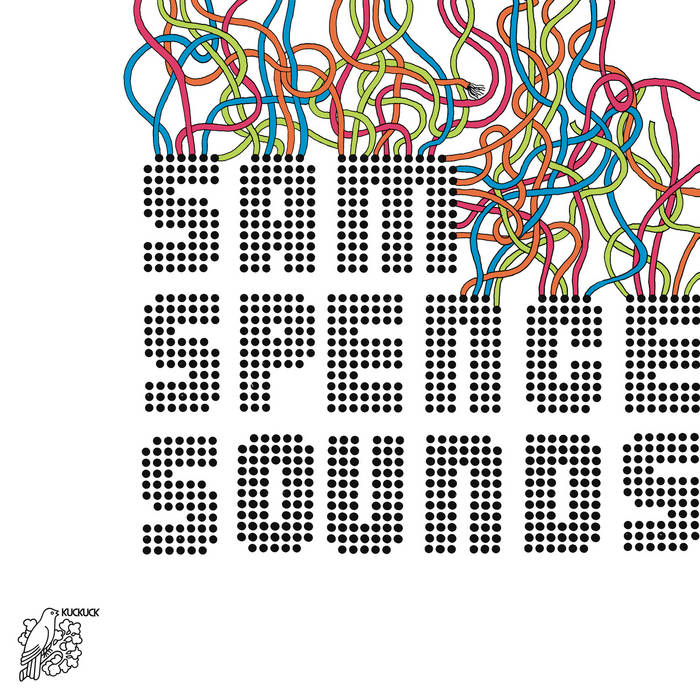 UNLIMITED FREAKOUT IS LOVE. Sam crafts a new world of sound, all the way to Hollywood via Berlin. Favorite track: The Searcher.

Born in San Francisco in 1927 Samuel Lloyd Spence is a peculiar piece in the komplicated krautrock puzzle.

As an American expat working in a community of German rock musicians in the early 70s Spence shared his alien status with the likes of David Johnson and Malcolm Mooney (Can), Carole Muriel (Brainticket), Maria Archer (Embryo), Bill Barone (Wallenstein) and the band Sweet Smoke, but in Spence’s case it wasn’t the free-love and communal living that attracted him to Germanic pastures – Spence’s European travel plan was academic.

Over a decade earlier Spence had travelled from California to Paris to study “serious music” composition at the Ecole Normale de Musique with the great composers Arthur Honegger and Francis Poulenc where he conducted alongside Jean Fournier. After settling in Europe he would later make his way to Austria and later Germany in search of a supportive community of symphony orchestras to help him develop music for film and television. Due to Communism it became difficult for Spence to enter the classical epicentre of Eastern Berlin so he settled for Munich.

Throughout the mid 60s Spence kept his hand in popular music via his US connections. His original roots playing clarinet and sax in Californian swing bands had lead to paid work sending compositions to commercial Hollywood groups which lead to a part time interest in electronic instruments and the development of the synthesiser. To balance his classical composition Spence was able to use his Hollywood credentials to score German TV commissions making dozens of groovy symphonic scores with electronic flourishes and towards the end of the decade, with the help of a long term contract composing motivational music for the National Football League, Spence had raised enough capital to bring one of the very first Moog sythesisers to Germany.

While in Munich Spence met an American disc jockey called Mal Sondock who had recently struck a production deal with a new German pop music label called Kuckuck. Sondock introduced Spence to a 24 year old Eckart Rahn who owned the record company and after an initial agreement to release a single of Spence’s soundtrack to the Francis Durbridge thriller series entitled ‘WIE EIN BLITZ’ (‘Like Lightning’) the pair discussed the idea of recording an LP of electronic music which would appeal to ambient and experimental enthusiasts who were searching for cosmic sounds after the rise of krautrock bands like Kraftwerk and Tangerine Dream. After the release of two moog-fuelled singles including a cover version of Focus’ 1972 hit single ‘Sylvia’ Rahn agreed to release Spence’s debut LP of synthesiser based pop music which would sit amongst his eclectic Kuckuck roster including the minimal electronic pulses of Deuter, the experimental field recordings of Ernst Schultz and the avant-garde releases of Peter Michael Hamel and Terry Riley.

Signed exclusively to Kuckuck in Germany Rahn recognised the potential in Spence’s synthesiser music amongst production music circles and television advertising companies so he struck up deals throughout Europe with library labels such as Brull and Dewolfe who would distribute Spence’s LPs and sublicense new Sam Spence recordings from Kuckuck for potential commercial usage. This included a whole LP of entirely electronic tracks entitled ‘The Art Of The Sythesiser’ on which he used a Moog 55 to stunning effect creating melodic pastoral pop music, freakish suspense themes and a selection of short bursts of bubbling ‘Moog Shots’ which would soon find their way into crime thrillers and action films (such as Taylor Wong’s Kung Fu fantasy film “Ru Lai Shen Zhang”)

Having continued to expand his successful career in symphonic music Sam would, by the end of the 1970s, return to orchestral film music seizing further opportunities to work as a composer recording over 500 cues for films made by the NFL back in his native USA. For vinyl junkies Spence’s American Football music existed on a series Library records manufactured by NFL until it was finally commercially released in the mid-90s. Still residing in Germany, the country where he can find the best orchestras, Spence continues to make theme music. In recent years he has been heard on shows like The Simpsons, Everybody Loves Raymond, King Of Queens, Saturday Night Live, FBI’s Most Wanted, The Tonight Show with Jay Leno, Sponge Bob and several TV and radio commercials.