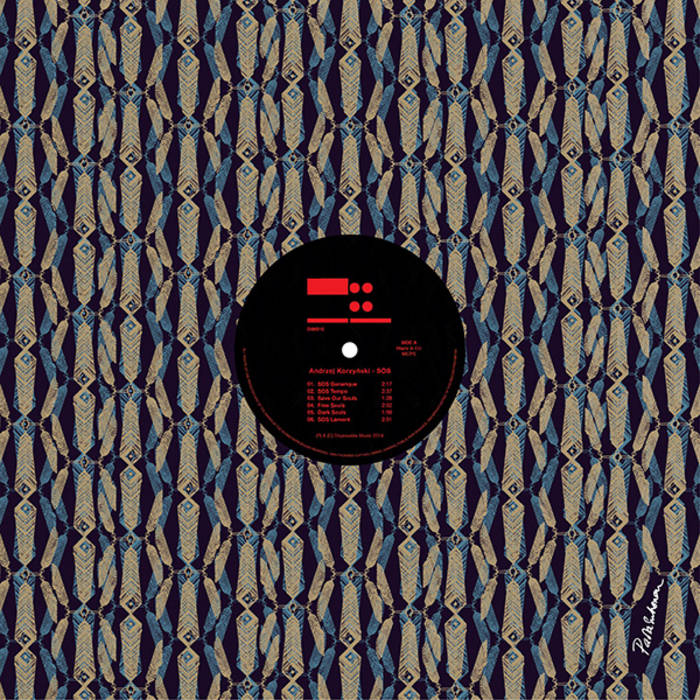 Sharing evident stylistic trademarks with other classic 70s crime/ thriller soundtracks such as Gainsbourg/Vannier’s Cannabis, Don Ellis’ The French Connection, Alan Tew’s The Hanged Man and Morricone’s Le Serpent, Andrzej Korzynski’s score for this obscure Polish only weekly crime series SOS (directed by Janusz Morgenstern) might well have disappeared into the annals of lost communist pop culture if it wasn’t for Finders Keepers privileged plunders in to the vaults of this very important and previously under exposed soundtrack genius. Drawing further stylistic similarities with Alain Goraguer’s oft-cited La Planete Sauvage soundtrack, the fact that Korzynski had previously worked in the same studios as Ennio Morricone and Jean-Claude Vannier in the late 1960s (before being forbidden to travel under the Soviet regime) becomes evident on these golden era 1974 recordings providing another indispensable inclusion to European soundtrack collectors and fans of the genre in a well ploughed field.

The Awkward Corners project was recorded at different locations in Asia, in domestic environments in Islamabad and the Bangkok apartment of producer and regular Finders Keepers co-compiler Chris Menist. These tracks were put together over a three year period and involved different musicians who Chris met in both Pakistan (like the great vocalist Arieb Azhar) and Thailand (jazz legend Ralph Thomas lives permanently in Chiang Mai in the north). Under the name Awkward Corners Menist created textures from recordings wandering round the streets, or he would put together a groove primarily using either drums, percussion or a Dr. Rhythm drum machine, and the musicians would react in an improvisational sense, such as Moez Akbar who plays the Iranian seetara on the albums title track. Most tracks were done in one or two takes and mixed later in Nottingham where Paul Isherwood also added some crucial touches on bass. The Sweet Decay is an audio sketchbook of five years living and working in South Asia, and a nod of thanks to some of the great people Chris was lucky enough to meet whilst living there.