Valerie And Her Week Of Wonders (Valerie a týden divů) 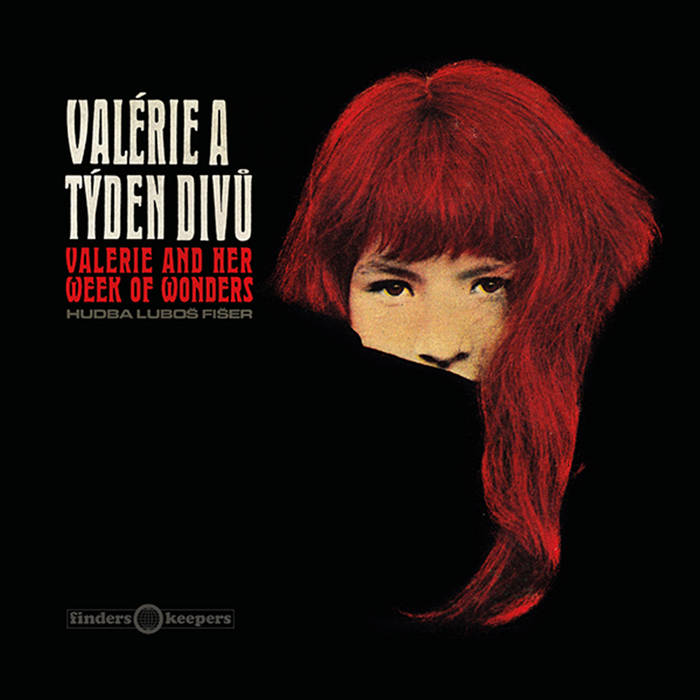 As part of one of our most fruitful and gregarious adventures Finders Keepers Records now celebrate 10 years since the first-ever releases of the Czechoslovakian soundtrack to the surrealist new wave masterpieces Valerie And Her Week Of Wonders (Valerie a týden divu) with a very special additional 7” EP of further unreleased variations, vocal tracks and newly resurrected themes from the original master tapes of composer Luboš Fišer.

Possibly the most treasured modern surrealist artefacts from the vibrant and indelible Czech New Wave “film miracle” (alongside Vera Chytilová’’s Daisies and Fruits Of Paradise) Valerie And Her Week Of Wonders was directed by the controversial Jaromil Jireš (a member of the original 60’s FAMU film school community) and featured young freak fairytale regular Jaroslava Schallerová (Malá morská víla) and Helena Anýzová (Daisies/The Cremator) but aside from it’s stunning cast and breathtaking design and costumes (by Esther Krumbachova) it was in fact the delicate European cinematic small orchestra music score that went to future-proof this film for decades after it was first released in the eye of a 1970 communist censorship cull (thus earning Valerie the much touted/debated final film of the CNW anti-accolade).

Rewound, repackaged, mislead, misinterpreted, overanalysed and undersold, Valerie And Her Week Of Wonders would be scantily syndicated and and repackaged in various decontextualised arenas throughout the 80s and 90s via b-movie and eurosleaze channels to be eventually adopted by the VHS generation with the reignition of films by Jess Franco and Jean Rollin before finally regaining its rightful status as a genuine European new wave masterstroke emerging from the rubble of the final fall of communism in the early 90s. As a direct inspiration for bands like Broadcast and Espers, this 7 track single also macabre sound design, effects and dark atmospherics which are not available on the Finders Keepers LP version and is housed in unique packaging based on a rare variation of the original Czech film poster.

If you like Valerie And Her Week Of Wonders (Valerie a týden divů), you may also like: