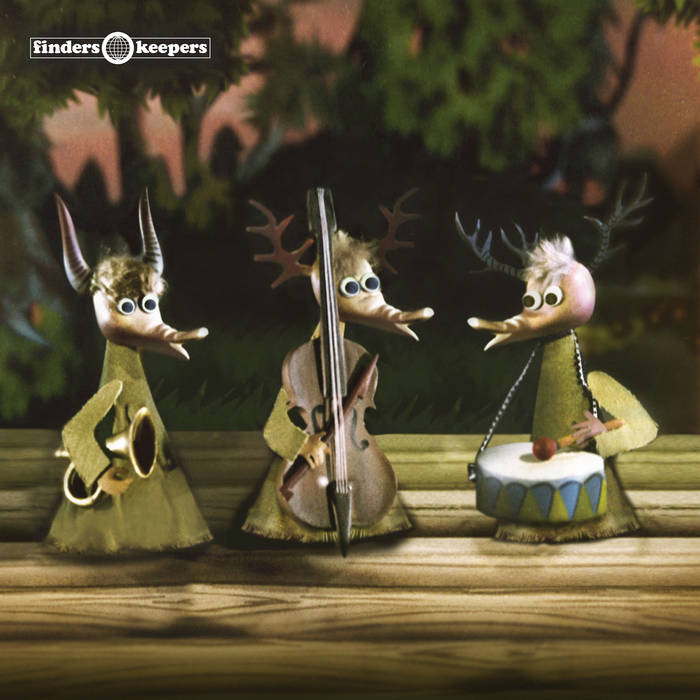 Spun Out Of Control

Like a tall tale from the heart of Moominpapa’s memoirs the story of the lost music of Moominvalley has remained a mystery for what seems like an eternity. Or perhaps 33 years to be more accurate. Since the first time the homemade Wasp synth and ocarina driven theme tune and eerie incidental themes first made their soft landings on the UK Children’s ITV, nostalgia nuts, acid folk fans and electro acoustic aficionados have been united by a fruitless yearning for those misplaced melodies and that last comforting synth note that resolved each episode of what was perhaps the most freakish Fuzzy-Felt five minutes to flicker onto our small screens during the 80′s wonder years.

Born in Helsinki, made in Warsaw, by a German and Austrian co-operative, and finally soundtracked in Leeds in the north of England, the translated and reconstituted tales of Moomintroll, Snuffkin and The Hattifattners (amongst a handcrafted cast of many) first came to our screens as an early exploration of Anne Wood (later creator the equally freakish Teletubbies) who after stripping the Polish and German audio commissioned a new experimental soundtrack from the collective social circles of The Impact Theatre Co-Operative, Gang Of Four and The Commies From Mars. Finally retrieved from the outer limits of it’s cross continental breadcrumb trail Finders Keepers invite you one step further into the vault with a bizarre Christmas release that fills the gaps between the aforementioned micro-genres and experimental subcultures that flourished in light of domestic synth technology, fuelled by alternative and progressive pop culture as an antidote to the disenfranchised political backdrop of 1980s Britain.

Welcome to the ultimate escapist paradise and the exotic folkloric plains of Moominvalley where their eerie Midwinter Rites (as released previously by Finders Keepers to a salivating Record Store Day audience) are followed by oblique festive joy with this choral electro take on the Austrian christmas carol Silent Night (exclusive to this vinyl format). Embodying all the traits of the uber-classic title tune and its running theme throughout the original 100 episodes, Silent Night layers synthesiser textures and a pocket orchestra of mechanical instruments with a miniature electronic drum-kit all of which can be heard to their fullest post-punk-potential on the Moomins full length soundtrack LP released in the early Winter months of 2017. Grab this one quick before the snow melts!