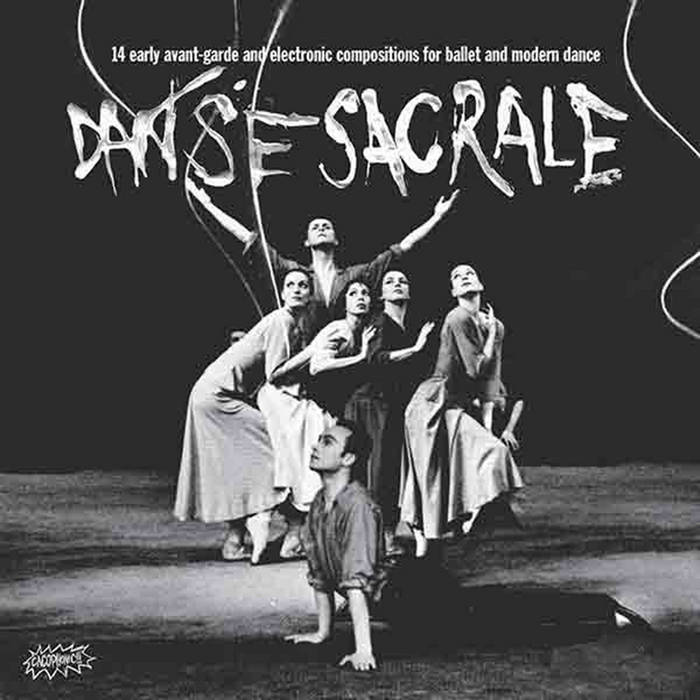 The roots of Electronic Dance Music (EDM) by definition. An unlikely combination of early recordings by international electronic and avant-garde composers as well as infrequent collaborators retrospectively unified by their commitment to the musical enhancement of 20th Century ballet and the evolution of modern dance. Presenting key exponents of the musique concrete and tape music movements alongside masters of the early electric sound synthesisers, as well as pre/anti-electronic instrument designers with non-conformist and microtonal composers, Danse Sacrale reveals a broad range of truly revolutionary musical and academic advancements which found an improbable, sporadic and vibrant creative outlet via one of Europe’s proudest and sacred cultural institutions.

Featuring composers names such as Pierre Henry, Lasry-Baschet, Igor Wakhevitch, Henk Badings, Jean-Claude Vannier and Remi Gassman alongside choreographers like Béjart, Ballancine and Yvonne Georgi, Danse Sacrale unites the unanimously lauded and the relatively unknown with some of their earliest and underexposed inhibited achievements. These rare and remastered compositions provide a concise retrospective of a previously undocumented global phenomena and an unconferred global synergy that formed the true foundations of electronic dance music and changed the perceptions of modern music and dance culture in the stern face of adversity and tradition.

Featuring Oakland sounds from the Smart Bomb collective and Samplelov.