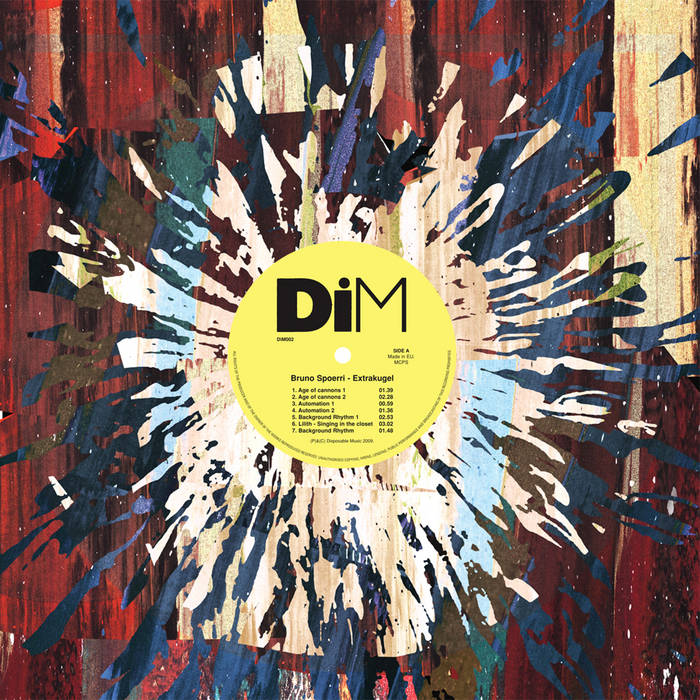 Age Of Cannons 1 (1977)
This was originally used for the start sequence of a PR film for a big industrial company in Zurich, showing the busy crowd around the entrance of the premises. The main instrument was the EMS Synthi 100 with the digital 256-note sequencer.

Automation 1 (1972)
Originally created for a presentation of (at that time) advanced office automation products, with a lot of praise for the newest Triumph/Adler business computer. It is a slightly changed version of Johann Sebastian Bach’s Fuga XV out of the second book of the well-tempered clavier, played in high speed with the Synthi 100 and its digital sequencer.

Automation 2 (1972)
Another part of this presentation.Background Rhythm 1 (1978)
Track for a never realized LP of background music. I used the Synthi 100 and my new Roland CR-78 drum machine, a unit, that I loved and used for many years (e.g. for Toy Planet with Irmin Schmidt).

Lilith – Singing In The Closet (1978)
Another track that appeared in the experimental film Lilith (an evening of astriptease dancer) by Swiss filmmaker Kurt Aeschbacher. The singer is Barbara Fuchs.

Background Rhythm 2 (1978)
See track five Pannie’s Afternoon (1973)
This piece was originally made as introduction to a ballet performance of Apres-midi d’un faune (Claude Debussy) using an ARP Odyssey and the Synthi 100. .

Lilith – Prepare For The Show (1978)
See track six. Here I used some noise loops, that I recorded in the streets of Zurich.

Bicycle Ride (1980)
Originally made for a TV spot for a bicycle, made with the Roland Rhythm Box, the Synthi 100 and the Bode frequency shifter.

Background Rhythm 4 (1978)
See track fiveWalkers (1972)
A track originally used for the short experimental film Passez Pietons by Ngo Van Da, who was studying then in Zurich.Lilith – Going To Work (1978)

See track six Background Rhythm 5 (1978)
See track five Roll On (1976)
Track originally composed for a PR disc for an iron foundry. The main problem here was the synchronization of the rhythm loops – there was no sampling at that time.