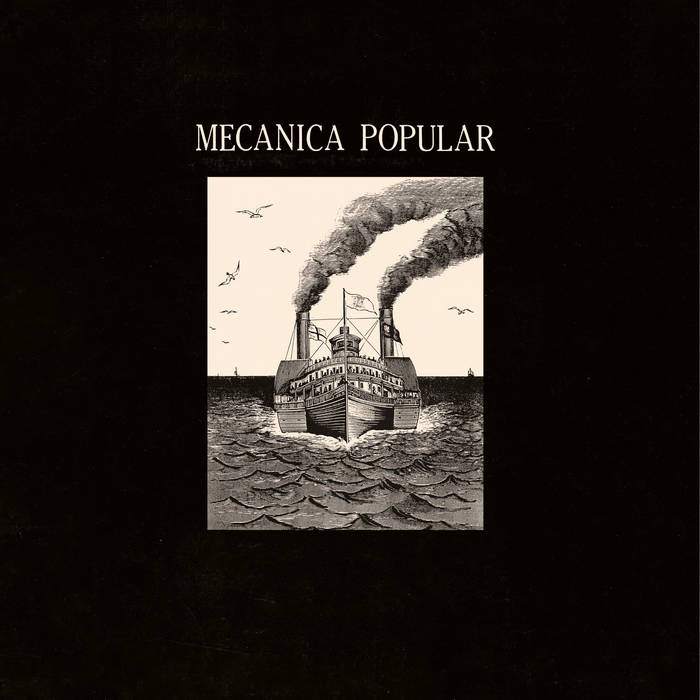 Notable not only for including Beppe Loda’s Typhoon favourite, La Edad Del Bronce – which sounds uncannily like a cut from Craig Leon’s Nommos – this album also features the beguiling concrète funk of ‘Galilea: Centro De Datos’, which, by any measure bears a striking, prototypical resemblance to Photek’s Ni – Ten – Ichi – Ryu and has become something of an oft-asked about staple in DeadCert’s polysemous, polymetric DJ sets.

Founded in 1978, Mecánica Popular was the brainchild of Luis Delgado (also a member of Finis Africae) and Eugenio Muñoz, conceived and nurtured during after-hours sessions in Madrid’s RCA studios exclusively using tape loops only – no samples involved.

They did however, use an innovative set-up including a Polaroid 600 camera, an Eventide H910 Harmonizer, and the Arp Odyssey, all fed thru a matrix of FX, to make a wonky, clanking sound that could be happily compared with the output of Conrad Schnitzler, Chris Carter, Jon Hassell, or Kerry Leimer during that fertile early ’80s era.