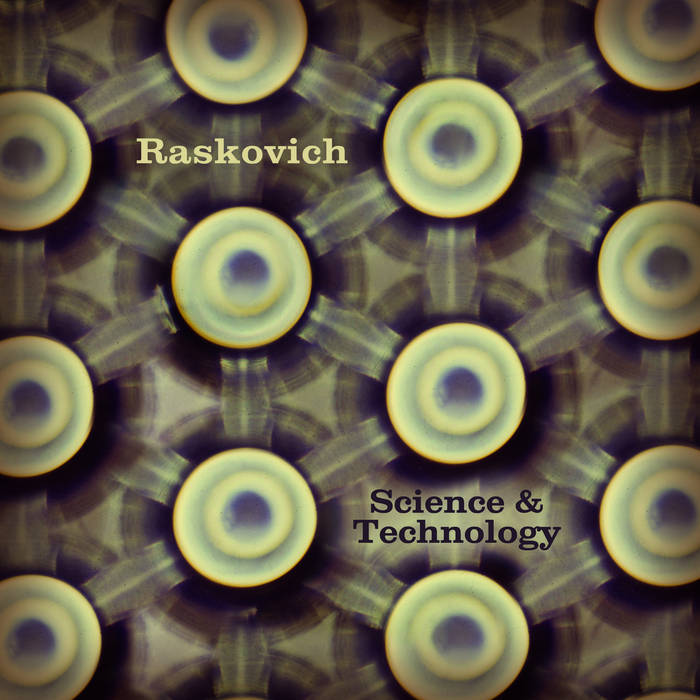 Known to a wider audience by his real name Giuliano Sorgini (under which he released groundbreaking records such as The Living Dead At The Manchester Morgue and Zoo Folle) the semi-fictional composer Raskovich is best known to discerning record collectors for the undefinable and inimitable studio trickery found on off-kilter sound design records for commercially unavailable Italian library labels, as well as being the glue between Giulia (Kema) De Mutiis and Alessandro (Braen) Alessandroni in the enigmatic The Pawnshop mystery supergroup. Under the Raskovich alias Sorgini was able to produce some of his most challenging work in a well equipped studio environment in both a solo and small group capacity; benefitting the introduction of electronic equipment and a climate of like-minded composers such as Lamartine, Daniella Casa, A. R. Luciani and a young Fabio Frizzi, whose collective work indicated a new wave in italian production music and a new home for uninhibited avant-garde composition (which simultaneously followed the same creative trajectory as the countries alternative cinema and art industries). Alongside rare records such as the Informale series for Panda records and the various collaborations with Alessandroni, such as Incriminazione, Drammatico and Inchiesta Giudiziaria (Abnormal Sensations), Science & Technology finds Raskovich at his most brazen and esoteric, committing minimalist tape experiments and mechanical free noise to monaural vinyl under the request of Romano Di Bari's open-minded Flipper network of labels.

Originally released in 1972 as an intended two part conceptual series called Scienza e Technologia for the Flirt imprint (sharing catalogue numbers with the lesser-known Italian Emma De Angelis and Belgian Brainticket founder Joel Vandroogenbroeck) the album never benefitted a sequel and as testament to its obscurity still evades collectors and online discographies which have come to light with the recent heightened interest in this lesser-spotted characters sonic dossier. As a welcome addition to the collections of fans of European "contemporary" composition, musique concrète, electro-acoustic and Italian soundtrack music this release is quite unlike the many projects that have recently flooded the reissue market and stands up as one of the truly unobtainable and wholly original records to come from this important era of European studio music by a composer who's reputation is slowly approaching monarchial status.