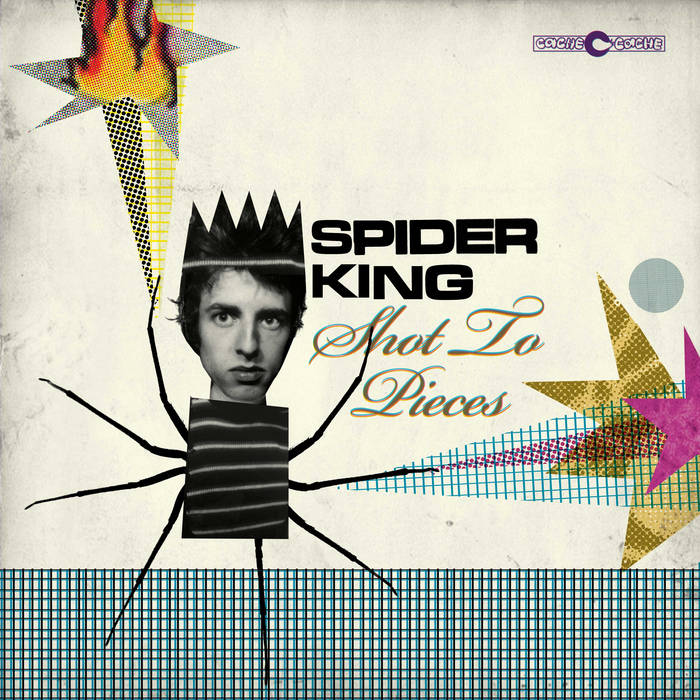 “Leaving you spellbound in its androgynous vocal delivery, Spider King’s Animals is a haunting children’s march that paralyses me with each listen”
Cedric Bixler Zavala (Mars Volta/Antemasque)

An unknown pleasure torn out of Manchester’s lost DIY manual, this overqualified/underexposed post-punk pop pillar cast an almost invisible undetected web across the history of Manchester’s inner-city music scene which has trapped body parts of The Mothmen, Martin Hannett, Gerry And The Holograms, John Cooper Clarke, The Blue Orchids, Naffi Sandwich (The Naffis) and The Fates in its glue.

Shot To Pieces is one of the most elusive jagged pieces of the North West’s punk funk puzzle. Recorded sporadically between 1979 and 1983 with a cast of characters from the Rabid/Absurd label family, such as behind the scenes synth wielder John Scott from Gerry And The Holograms, and producers like Laurie Latham (The Blockheads) it’s plain to see why 2016′s current music climate is the perfect time for the Spider King’s lost music to resurface. Commonly recognised by stalwarts of the era’s mutating punk/alt/indie genre as “the one that got away”, Spider King is the archetypal artist’s artist as well as the outsider’s outsider and the hardest working man in no-business who is now attracting a whole new audience of champions from bloggers, vinyl nerds and well respected contemporary musicians with his appearances on mix-tapes and various artist compilations. On hearing this essential release you could argue that these lost “spider-grams” are more relevant now than they were when those arachnophobic A&R men shooed him away over 3 decades ago. For those who ain’t afraid to get bitten say hello to the Spider King.