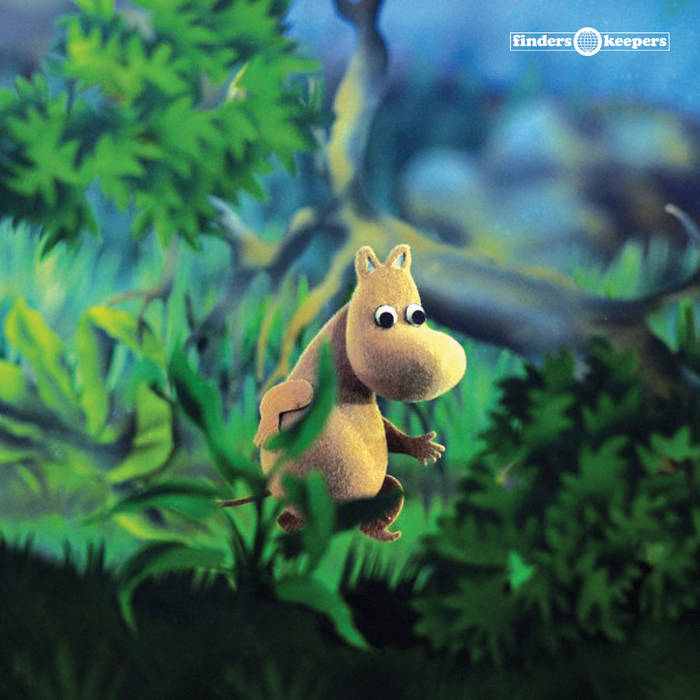 In a lost music investigation that dates back to the inception of the label itself, Finders Keepers Records are finally able to bring you the fruits of a ten-year dedicated truffle hunt that spans the undergrowth of four distant countries bringing some indefinable musical treats that unite the unlikely bedfellows of New Age electronics, ethnological influences, soundtracks and DIY punk – all wrapped up in a gigantic fuzzy ball of nostalgia. Behold the previously unreleased soundtrack to the 1983 UK broadcast version of The Moomins. Consisting of homemade electronic and mechanical music heard exclusively via British TV speakers as an eerie backdrop for the Polish made stop-motion adaptation of the Finnish comic strip classic. Custom composed for radically reedited daily five-minute episodes (alongside reconstituted storylines and the narrations/impersonations of comedy actor Richard Murdoch), the short cues written and played by two Leeds based post punk avant-theatre composers helped exacerbate the programme’s bizarre spectral storylines and characters earning a firm fixture of fear, intrigue and infatuation in the hearts and memories of a slightly confused electro fed generation. Ticking all the boxes that attract freak folk enthusiasts and synthusiasts alike, the combined efforts of Steve Shill and Graeme Miller deployed thumb pianos, backwards tape effects, wooden pipes and a Wasp synthesiser (the almost affordable post punk synth of choice) to replace the original 70’s German jazz soundtrack, thus dramatically mutating the tonality of the one hundred episode long saga. Miller and Shill’s unique DIY approach follows characters like Moomintroll, Sniff, Snuffkin and the Snork Maiden as they encounter hobgoblins, sand lions and the mysterious Groke complete with their individual detuned electronic voices and thereminesque whimpers. Based on the original sprites invented by Tove Jansson the modified fuzzy felt figurines were designed by animator Lucjan Debinski at the legendary Se Ma For studios in Poland for German syndication resulting in what many regard as the definitive and most enigmatic version of the story succeeding further animated adaptations form Japan and Russia.

Sharing the same nostalgia and oblique exoticism as The Singing Ringing Tree, The Little Mole, The Magic Roundabout and other reconstituted imports seen on programmes like Granada TV’s Picturebox, The Moomins and its synonymous theme tune and sound effects render this limited 7” vinyl release an essential addition to the record shelves of soundtrack collectors, domestic electronic fans and absent bygone tele addicts as well as animation and design enthusiasts on account of its unique imagery and packaging. Housed in a very special custom-made felt backed 7” sleeve depicting original production stills this limited 45 single comprises the ocarina/electronic rhythm led main theme tune which promptly punctuated the 4.15pm slot on ITV throughout the summer of 1983. The 45 also features the Paganistic dance themes of Midwinter Rites which with its avant-garde leanings will also appeal to fans of Bruce Ditmas, Dariush Dolat-Shahi and various other Neotantrik experiments. Like the running lengths of the original episodes these rare specimens won’t stick around for long so act fast, relax, regress and rejoice for the return of the Moomin trolls.