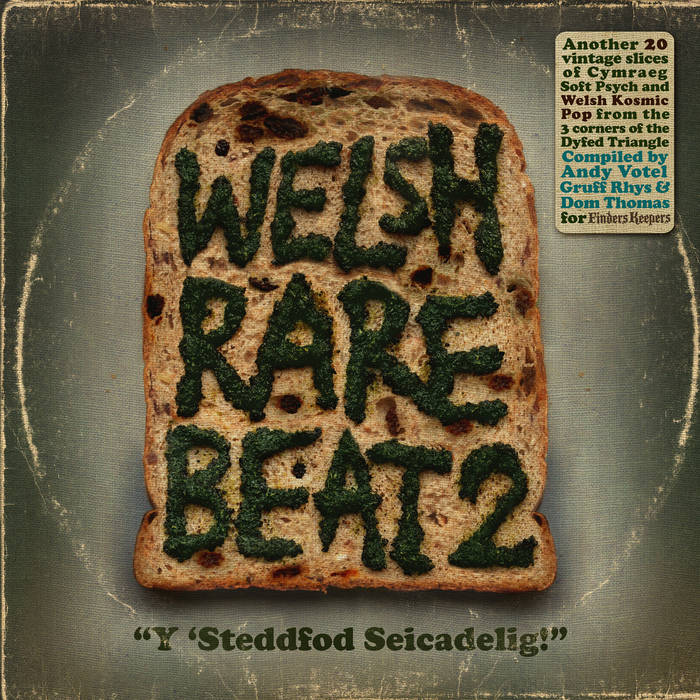 The ancient Welsh kingdom of Dyfed lies on one of the most Westerly points of Europe, a peninsula jutting out into the Irish Sea and Atlantic Ocean beyond. For millennia its spectacular cliffs have been a meeting and melting point for cultures; the oceanic highways bringing unexpected influences, such as the North African singing style of ‘Y Pwnc’ still sung today in some rural chapels.

Ty Ddewi (St. David’s) was the centre of the Celtic church with a strong bond with nearby Ireland and meanwhile waves of invaders from Rome, Scandinavia, Normandy and even modern France ventured and settled here.

The late 1960s and early 1970s bought new influences to this unique corner of Europe. The Atlantic washed in a wave of harmony driven folk rock that touched on the great folk sensibility of the Dyfed people. A new bridge was built over the vast Severn Estuary connecting Wales to England with its first motorway and easing the journey of the latest pop records from London.

Overhead, Concorde was flying its maiden flight, a child fell off a Penbrocke swing and made the morning papers as the speed of sound was reached in Dyfed airspace on the Heathrow flight path and the Sonic Boom generated a thunderous shockwave.

The skies also bought in the latest extra terrestrial invasion. Aliens and glistening space beasts breached its airspace and by the mid-seventies The Dyfed triangle was considered the most active area in the world for UFO sightings – silver cigar shaped objects filled the skies and the imaginations of its children, as did the experimental rockets from the top secret military base at Aberporth shooting its Cold War blanks over the Soviet submarines in Cardigan Bay.

Dyfed however was highly prepared for invasions from the Ultra and Underworld. According to the Mabinogi myths, the doorway to the underground realm of Annwn was located near the seat of Pwyll Pendefig Dyfed’s kingdom at Narberth, guarded by red-eyed, white haired dogs. Dyfed was also used to the tallest of stories. Myrddin (Merlin) the wizard of legend was based in nearby Caerfyrddin (Camarthen), and the ground used to form a mound like pulpit under Dewi Sant (St. David), the Welsh patron saint, every time he started talking at his namesake city.

Dyfed also had a historical moral high ground as a patron of Welsh singing, Lord Rhys of Aberteifi founding the first Eisteddfod singing and poetry competitions at his Aberteifi (Cardigan) court in the 12th Century, preceding Simon Cowell’s Pop Idol by 900 years and his ddawns flodau (the flower dance) out-foxing Paula Abdul by light years. Think of this next time it comes on TV, or the next time you wear a cardigan for that matter.

In his book The White Goddess, Robert Graves confirmed what the people always knew, that the Arthurian legends were based on the older ancient British tales of Dyfed, however as other people had appropriated and mixed this culture as their own, so the Dyfed rockers developed their own take on American biker culture and a Hells Angel’s gang named after the Twrch Twyth, the mythical and sacred boar like swine that stalked the area, paraded its roads with their boar logo painted in white on their black leather jackets.

Dyfed was changing. Gwynfor Evans, a flower grower from Barry, became an unlikely and most literal of flower power icons in 1966 by being elected to represent Caerfyrddin (Camarthen) as the first Welsh separatist in parliament. Whilst his son Dafydd formed the first Welsh language garage rock band Y Blew. By 1974 the re-organisation of Welsh local government the counties of Penfro (Penbroke), Caerfyrddin (Camarthen), and Aberteifi (Camarthen) were reunited as one region and renamed – ancient Dyfed was revived.

These, the two latest instalments in our Welsh Rare Beat series, are derived from Dyfed bands. With added friends from further a field in the Swansea valleys, Cardiff and Flint in the north. Some were part of a political upheaval that empowered Welsh speakers to sing and express themselves in their mother tongue, part of a wider international youthquake, others were singing from the heart, paying the bills and just happened to live in Wales during this cultural crossroad.

The colossal Meic Stevens is a true West Coast maverick, whilst the likes of Galwad Y Mynydd defined a Dyfed-centric harmonic gentle vocal sound and a wave of girl bands spearheaded by Y Diliau and solo female acts such as one of the first Welsh speaking black pop singers, Iris Williams, became favourites of local labels such as Dryw/Wren, Qualiton and Welsh Teledisc. Indie labels like Seren and Afon emerged in Caerfyrddin, whilst Northern label Sain picked up the hipsters and university bands from Aberystwyth.

Here for your enjoyment are songs mostly about the sky, flying, seagulls, clouds and ghosts. But also songs that deal in political activism, The Mabinogi, or issues of Welsh identity. Girl group boy meets girl songs, parodies of boy meets girls songs, Welsh language covers of English and American hits of the day sung in a traditional Welsh style counteracted by traditional Welsh folk songs played in contemporary Anglo-American styles such as the surf rock version of ‘Sosban Fach’. The follow up to the critically acclaimed ‘Welsh Rare Beat’ compilation, volume two features exclusive liner notes and track-by-track annotation by Gruff Rhys, as well as a number of tracks previously unavailable on CD.