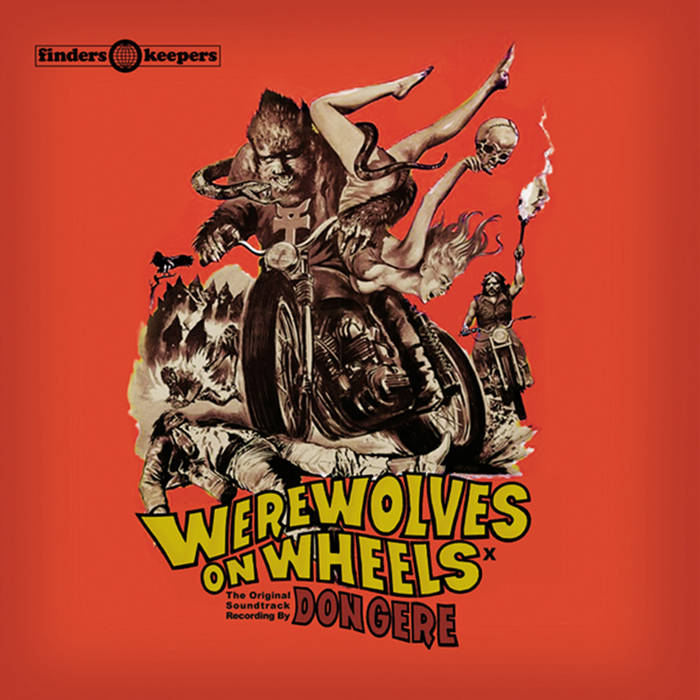 B-movie junkies, gather round and prepare yourselves for what could only be described as a cinematic speedball. Take a combined hit of two of the most potent strains of toxic cinema, dress it up in ritualistic robes and make it dance to the beat of a stoned, motoric, country commune soundtrack. Like an exploito double bill where both films merge into a single feature, this directorial debut by an ex-Roger Corman protege and future Russ Meyer art director (another heady cocktail) is the product of one writing duo’s fleeting time in the driving seat as the moviedrome marathon approached its dwindling finish line.

Werewolves On Wheels emerged in 1971 in a climate where the B-movie genre of the previous two decades began to make way for the early glimpses of imported slasher films and video nasties. Entirely out of popular context in 1971, the soundtrack music of Don Gere would perhaps reveal him as the most versatile actor involved in the whole production. Until this point, Don Gere had been a pop folk songwriter and a country music devotee, but while riding with the werewolves, Don Gere became a disjointed psych rock stoner making ritualistic commune country with more coincidentally in common with Germany’s emerging Krautrock scene or the more localised stoner psych of Skip Spence (whose radically ahead of its time LP OAR was recognised by Columbia Records as their lowest selling record in the company’s history). Imagine guitarist Sandy Bull jamming with Munich’s Amon Duul 1 or some Swedish prog outfits like Trad, Gras och Stenar or a sedated Kebnekaise. In comparison to the Curb/Allan scores, for films like Wild Angels, Devil’s Angels, Thunder Alley, and Born Losers (often released on Curb’s own Sidewalk or Tower records), the new music made by Don Gere, only three years down the line, sounds like it’s from an entirely different generation…